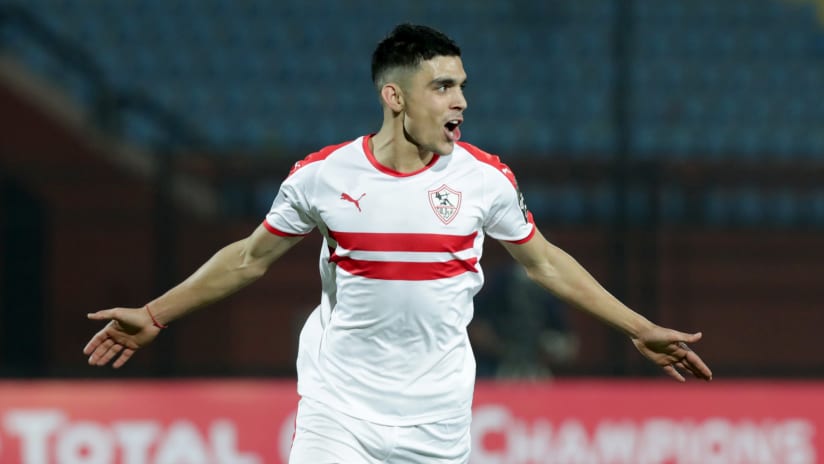 At 26, Achraf Bencharki has won a handful of titles and proved himself as one of the beloved talents. The Zamalek winger is looking for more, and he is seen as the White Knights man to watch.

As Zamalek are seeking their sixth glory in the Holy Grail of African club football, Bencharki would be a man to count on in this campaign. The Moroccan has already scored 10 goals and assisted seven in all competitions this season, including a brace when Zamalek claimed the CAF Super Cup title last February, beating Tunisia’s Esperance 3-1 in Doha.

Born on 24 September 1994, Bencharki started his career in the youth ranks of Maghreb de Fez. He joined Casablanca giants Wydad in 2016 and won Moroccan League besides CAF Champions League titles in 2017. Bencharki then moved to Saudi side Al Hilal, and after a short spell with France’s RC Lens he joined Zamalek in 2019, gaining a popular spot between The White Knights ranks from Day One.

His pace, dribbling talents and scoring abilities made him one of the players Zamalek bank on as they are seeking to end a eighteen years’ drought in CAF Champions League, having won their fifth and last to date trophy in 2002.

Having tested the fierceness of facing Raja before while playing for archrivals Wydad in the famous Casablanca Derby, Bencharki returns to the Mohamed V Complex but this time holding the hopes of Zamalek faithful supporters for a place in the final, four years after falling short of touching glory when they finished as runner ups in 2016.