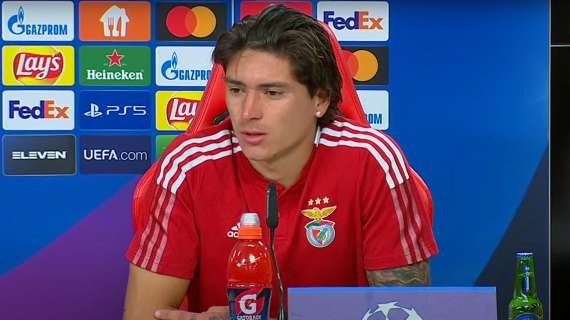 Benfica striker Darwin Nunez played a good match yesterday against Liverpool, who made clear he is a striker absolutely ready-made for the rigours of English football. The Uruguayan striker has been earning rave reviews, scoring 32 goals in 37 appearances this season. 3The 32 goals this season? I scored a lot but the credit goes to my teammates who support me day after day, I continue to work. The comparison with Cavani? He has one style of play, I have another. There has always been this comparison, for me he is an idol but I don't think I look so much like him. My future in English football? I don't know, I'm thinking of Benfica and I won't say anything until the season is over. "

Darwin Nunez was left impressed by the reflexes of Alisson Becker after the Liverpool No.1 kept out a potential second goal from the Uruguayan in their Champions League game. "That Alisson save? That was incredible. I swear to you, I saw the ball going in.. and then it wasn't."