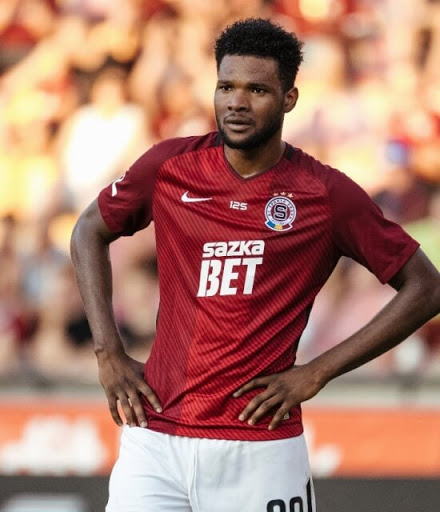 Ghanaian international Benjamin Tetteh has expressed concern over his inability to remain prolific in front of goal for his Sparta Prague side in the ongoing 2019/2020 season.

The forward joined the Czech top-flight side from Bohemians 1905 and managed to enjoy a good campaign in his first six months.

In the last couple of months however, his dip in form has forced him to be starting matches from the bench, giving him a limited amount of playing time in the process.

In a recent interview, Benjamin Tetteh has admitted he has not been at his best. According to the 22-year-old, he cannot explain why he is finding it difficult to stay in top form but he will continue working to make things better.

"I can't tell you why I don't score so many goals anymore. If you ask me why I didn't score goals on my start, I won't tell you a clear reason. I didn't have good form, I didn't play like I did in my first six months at the club.

“Sometimes I watch videos with my first-six-year performances in Sparta and I think, 'What happened to me?' I don't know the answer, but I know I'm always trying to do everything I can to play my best," the grown-up player confided in front of the club's television camera”, Tetteh said.

He added, “I don't think the one who plays around me has a big influence on my game. Everyone has their own individual qualities, and no matter who they're playing with, everyone should be able to show them off... But of course, when Nico (Stanciu) was here, we had a close relationship and we were able to bring it to the field. Now Bořek's here, and he's a phenomenal player. If he plays and he's healthy, he can be absolutely top and I can benefit from it because he's the kind of player who wants to play forward all the time,"

Up next for Sparta Prague, they will go up against Liberec at home with Benjamin Tetteh hopeful of enjoying a good match.