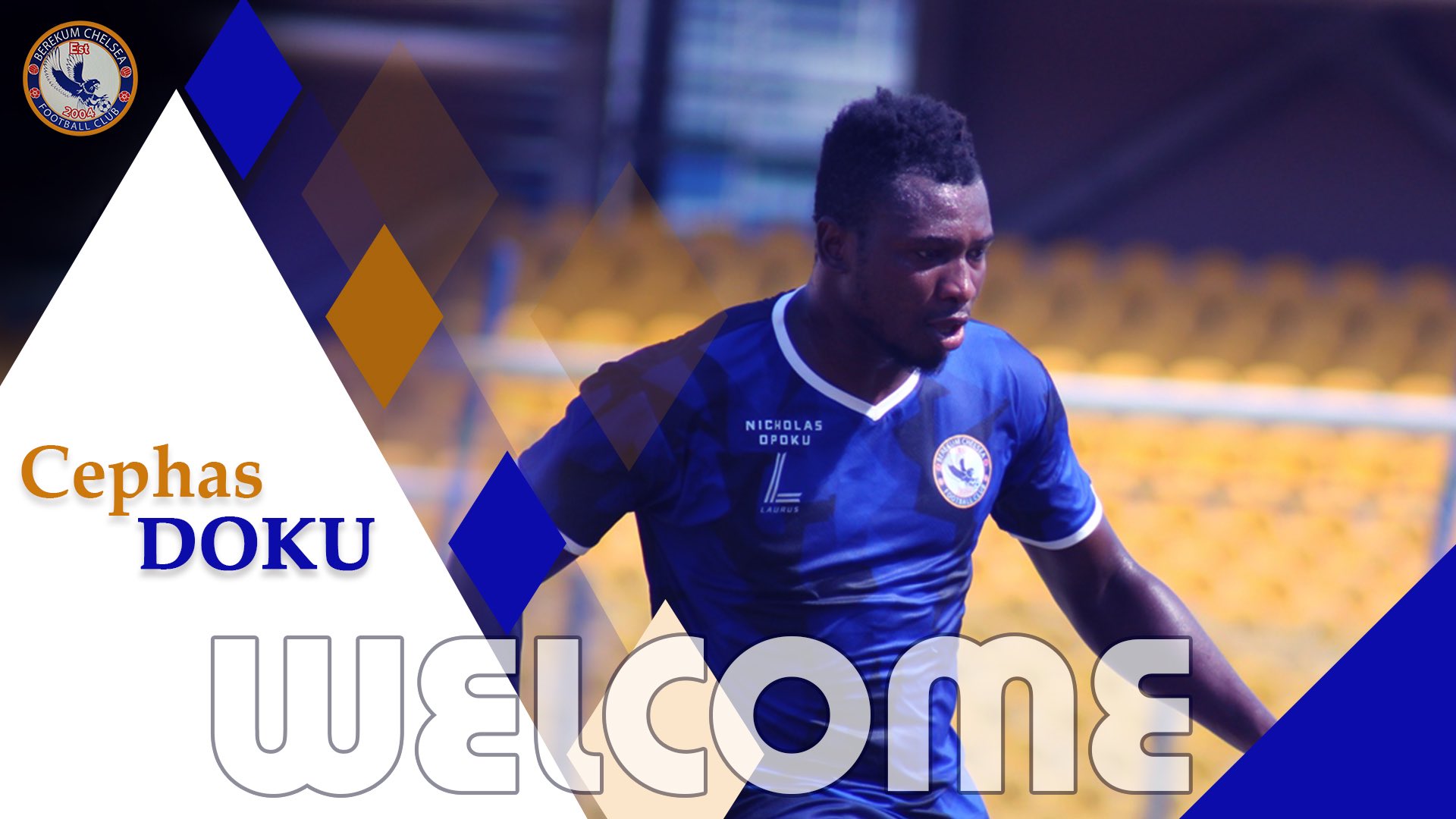 Ghana Premier League side Berekum Chelsea has announced the signing of striker Cephas Doku from Liberty Professionals as they target challenging the big guys in the top-flight when the new season starts.

The Berekum-based club has been busy in the transfer market since the start of the week and has now completed the signing of two good players.

First, they wrapped up the signing of Osmanu Nasiru from lower-division club Still Believe on Tuesday before moving on to secure the services of Cephas Doku today.

According to the club, the new forward has put pen on paper and has signed a 3-year permanent deal ahead of the start of the 2019/2020 Ghana Premier League season.

The two latest signings will be expected to pay key roles for Berekum Chelsea during the upcoming campaign where they will want to finish in the top half of the standings at the end of the season.