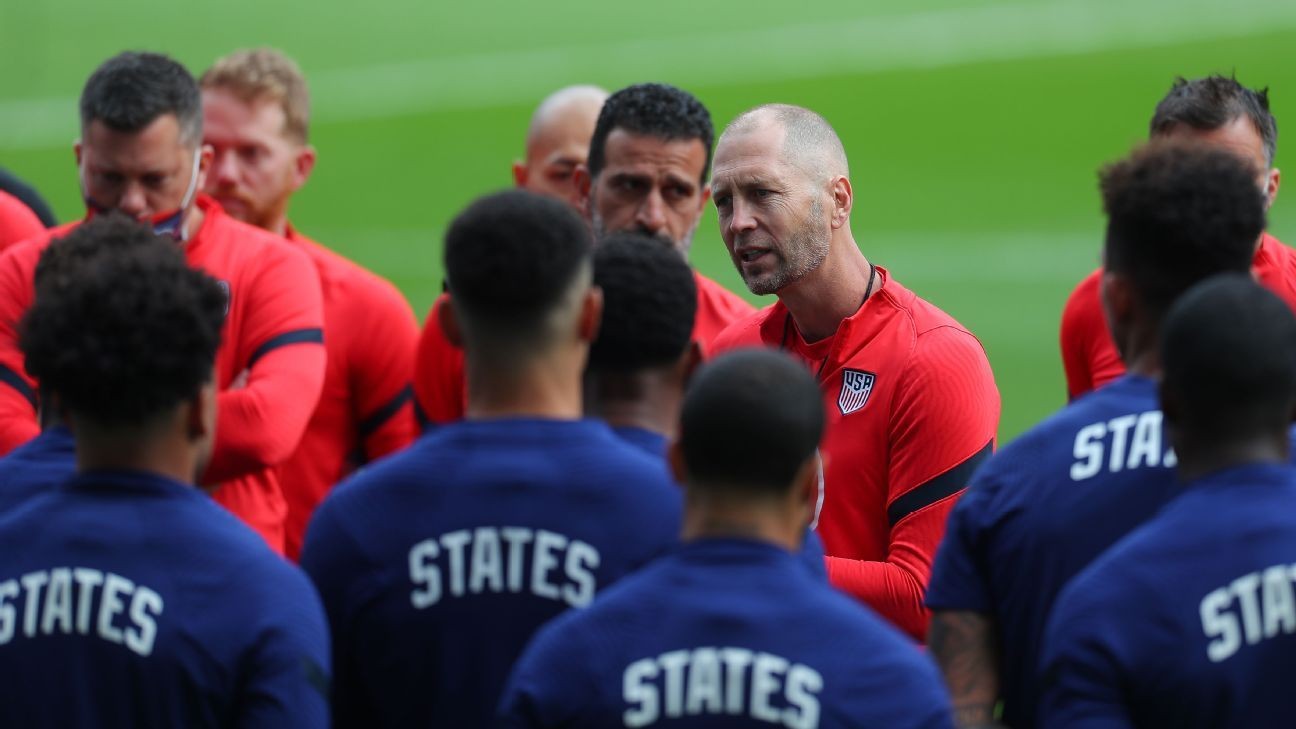 CINCINNATI -- United States men's national team manager Gregg Berhalter says that his side still has "a long way to go" to get the respect of rivals Mexico.

Speaking to reporters on a Zoom call ahead of Friday's World Cup qualifier between the two long-time rivals (stream LIVE on ESPN2, 9 p.m. ET), Berhalter felt that the two victories the U.S. enjoyed over Mexico last summer -- in the CONCACAF Nations League and the CONCACAF Gold Cup finals -- have done little to change Mexico's perception of the U.S.

"When you hear things coming out from their camp, that we want to be [Mexico], where we're looking at some mirror that's Mexico and we want to see ourselves or something like that, it shows that we have a long way to go to get the respect of Mexico," Berhalter said. "The two victories in the summer I guess didn't do a lot to get that. We're going to have to do it [on Friday] by our play on the field."

Berhalter revealed a few items as it relates to his starting lineup, in that Christian Pulisic won't start the match due to his recent return from an ankle injury, while Zack Steffen will start in goal ahead of Matt Turner.

Pulisic injured his ankle during the World Cup qualifier against Honduras last September, and has made just two substitute appearances for club side Chelsea since then. Chelsea manager Thomas Tuchel mentioned recently that he hoped Berhalter would be "responsible enough" with his use of Pulisic, a plea that left Berhalter bemused.

As for Steffen, the Manchester City keeper has made just four league and cup appearances this season as the primary backup to Ederson, while Turner has been playing every game for the New England Revolution. Yet Berhalter has opted to go with Steffen, who he managed previously when both were with the Columbus Crew.

"They're both great goalkeepers, no question about it," said Berhalter. "We've seen that in camp this week. Zack is going to start the game [Friday]. But you know, there's very little separating them at this stage and we could just as easily went with Matt. We decided to play Zack."

Much has been made about the U.S. team's choice of venue. The U.S. Soccer Federation, by its own admission, has been very strategic, aiming to ensure that the crowd is pro-U.S. by placing the game in a smaller stadium and in a city that is farther way than some other locales with large Mexican-American populations.

"We take pride in having Latino fans and that's something that's important to us and we hope that in the future, guys like Ricardo Pepi will help us get more Latino fans," said Berhalter. "When you're talking about a World Cup qualifier, it's really important to have a pro-U.S. crowd, and whether that's with Latinos in the stands or not, we want to pro-U.S. crowd and it's not always easy to ensure that."

Mexico figures to have a sizable advantage in experience, one that Berhalter admitted his side can't make up. He estimated that Mexico's average age will be 29 years old while the U.S.'s will be closer to 22 or 23. But Berhalter hopes that the experience his side has gained in recent years - including four matches against El Tri - will be enough.

"We've learned from that game, and it's important that we're taking all those lessons on board as we prepare for [Friday] night."