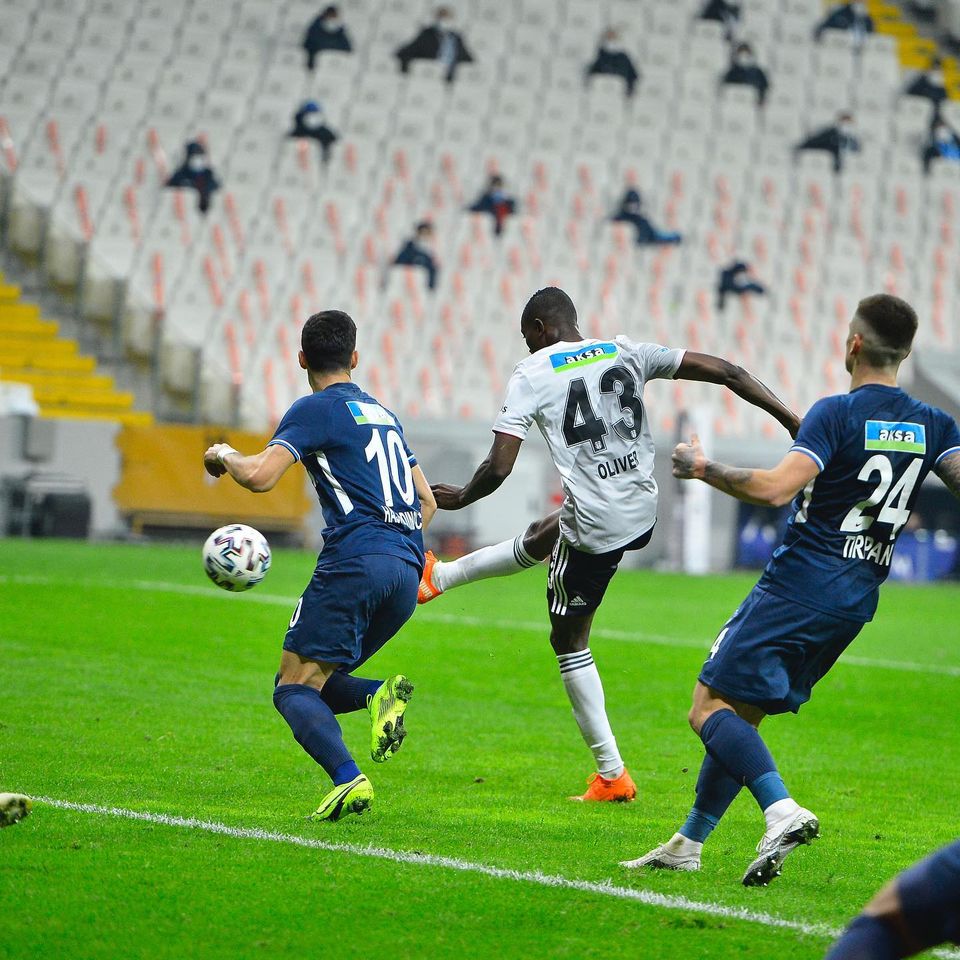 Bernard Mensah scores second goal of the season for Besiktas JK in their 3-0 victory against Kasimpasa at home.

Mensah's goal against Kasimpasa helped move Besiktas JK to fourth on the standings with 19 points after 10 games in the league.

The first half action was situated mainly in midfield with both teams not taking their chances till Bernard Mensah broke the deadlock.

Atiba Hutchinson and Vincent Abubakar scored on Saturday night in the 69th and 75th minutes of the game respectively to assist the Eagles to a comfortable home victory in the Turkish Super Lig.

Bernard Mensah was substituted in the 74th minute of the game, he has two goals in the league this season for Besiktas JK.