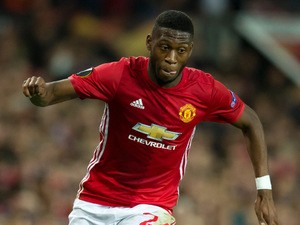 After first choice signing on their list Nazım Sangare signed for Fenerbahçe, the management of Besiktas JK, put their B plan into action, and have made an offer for Timothy Fosu-Mensah, Manchester United's young versatile player.

The 22-year-old who can play as a right-back, contract with Manchester United will expire next year.

According to reports Besiktas JK are keen on securing his services to boost their squad and backline for the season.

An agreement was reached on the demands of the player, and the Istanbul-based club will prepare a new bid if the current one is rejected by Manchester United.