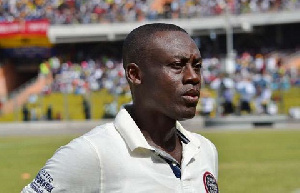 Bibiani Goldstars coach Michael Osei has revealed his sides target for the 2022/23 season, saying they wants to better their performance from last season.

The Bibiani-based club finished 9th position in their debut Ghana Premier League campaign and according to the coach, it is their target to better their performance this season.

“Last season, we played 9th position as debutants, we thought it was a good achievement and I believe we can do better in the coming season”

Our target is to compete at the top, I know it will not come on a silver platter, we need to go extra mile, work hard but I believe we can achieve our target looking at the squad depth” he said.

Bibiani Goldstars will begin their Ghana Premier League campaign against Dreams FC at the Duns Park on Sunday.