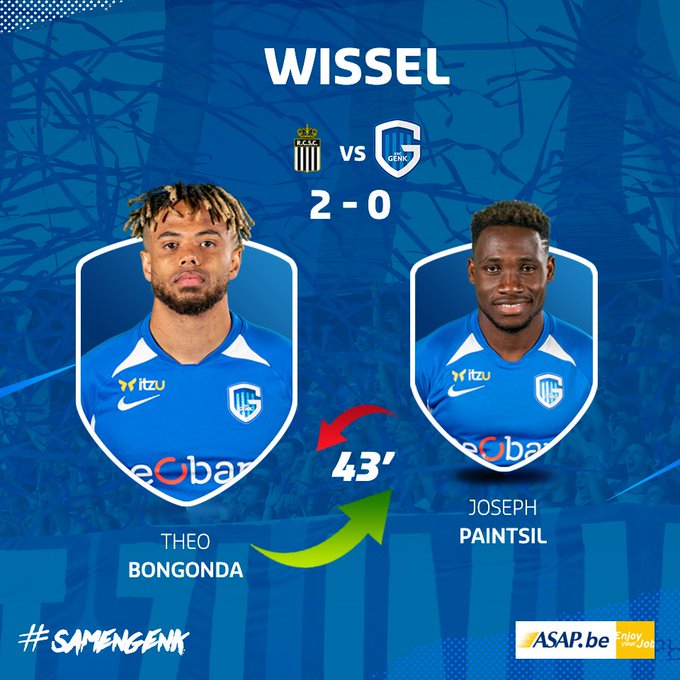 Ghanaian international Joseph Paintsil is set for some time on the sidelines after picking an injury in Genk's 2-1 defeat at Sporting Charleroi in the Belgian Jupiler League on Friday.

The attacker was part of the Black Meteors squad that eliminated the Algeria u-23 team from the last qualifying round to the CAF u-23 Cup of Nations.

He was handed his usual starting role for the Belgian side yesterday but unfortunately had to be substituted after picking up a bad knock.

He lasted for 43 minutes before being replaced by Theo Bongonda who has been waiting to mark his debut for the side.

Genk ended up losing the game 2-1 and will also be sweating over the fact that one of their key players in Joseph Paintsil is out injured.

The club is expected to run some test on the winger to determine the extent of his injury.