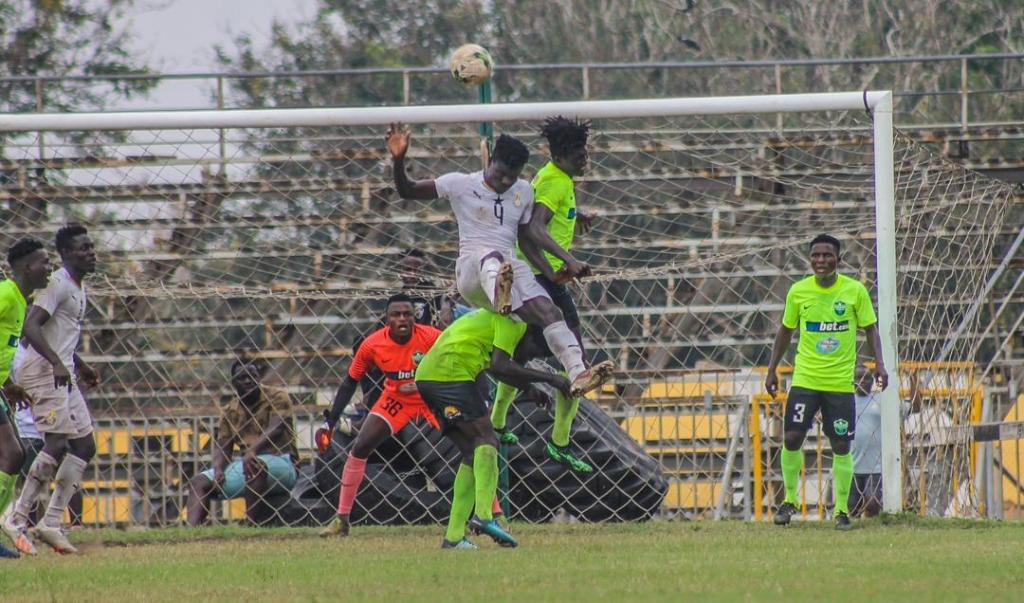 The Ghana u-23 team were forced to settle for a 2-2 draw with Dawu-based Dreams FC in a friendly match on Saturday morning at the El Wak Sports Stadium as they continue preparations for their meeting with Algeria next month.

As parts of efforts to adequately prepare for the upcoming assignment, the Black Meteors engaged the Ghana Premier League side in a friendly to test their strength as well as fitness level.

The national team took the lead through defender Emmanuel Cudjoe who jumped highest to power home an inviting corner kick.

Three minutes later, Kwame Otu also found the back of the net to restore parity for Dreams FC.

The Premier League side netted their second courtesy a strike from Dantani Amadu and looked like they were going to carry the day until Abdul Razak found the back of the net to draw the Black Meteors level.

The exercise is being used to shape the Black Meteors team for the final qualifying round match against Algeria next month for a place in the CAF U-23 Championship which comes off later this year.