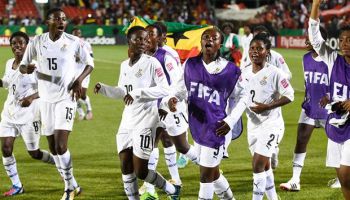 The Black Princesses of Ghana have been placed in pot 3 ahead of Thursday, March 9 FIFA Under-20 World Cup draw.

Coach Yusif Basigi’s ladies are potted alongside Brazil, Spain and China PR meaning the four nations will never end up in one group on Thursday.

It’s the fifth consecutive time Nigeria and Ghana are representing Africa in the FIFA Female Under-20 World Cup.

The 16 participating nations will be grouped into four groups of four with hosts France automatically placed in Group A.

The World Cup will be held in the cities of Vannes, Concarneau, Dinan-Lehon and Saint-Malo on 5–24 August.