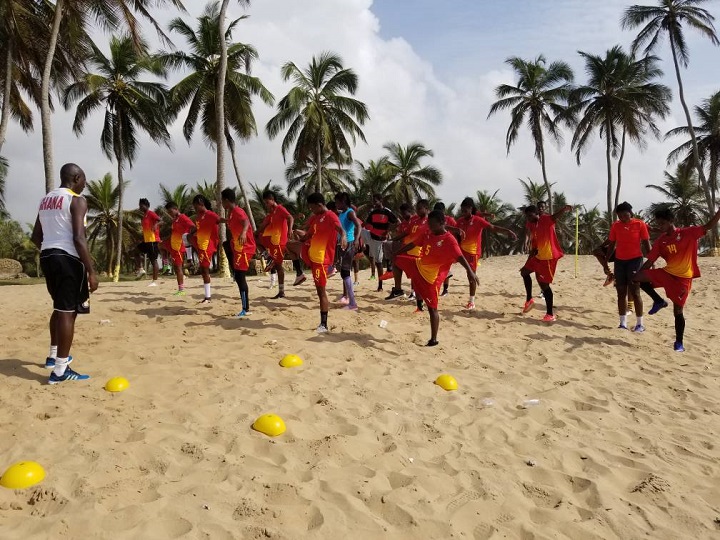 Ghana's Under-20 female football team, Black Princesses, have resumed training to prepare towards their participation in the FIFA Under-20 Women's World Cup (WWC) in France next month.

The team resumed training on Monday at the Ghanaman Centre for Soccer Excellence at Prampram, following a directive by the two-man FIFA liaison team headed by Dr Kofi Amoah, formed jointly by the government of Ghana and football's world governing body at a meeting in Zurich two weeks ago.

The Princesses were asked to go home on June 10, when government got a legal order to halt all football activities in Ghana, in pursuit of its plan to dissolve the Ghana Football Association in the aftermath of an investigative documentary which revealed widespread corruption in Ghana football.

According to Coach Yusif Basigi, although it is a great relief that their preparations have resumed after it was disrupted by the impasse between government and the football governing body over the expose by investigative journalist, Anas Amereyaw Anas.

He explained that it would be necessary for them to pitch camp in Europe and engage in some trial matches to get the players in shape for their World Cup campaign.

"The few weeks of inactivity have affected the fitness of most of the players as they did not attach much seriousness to the training schedule I gave them when we broke camp.

"As a result, we have to step up our training to build our stamina and endurance before turning attention to the other technical aspect," Basigi told the Graphic Sports on Tuesday, July 10.

"I have given details of a revised training schedule to the liaison team and I hope it will get the needed approval. My recommendation is that, since we have, realistically, two weeks to train, we have to immediately move out of Ghana to a training base in Europe and arrange some matches that would test our endurance and fitness level, as well as get the girls into a competition mode.

"Comparatively, we are far behind in our training schedule but we also understand and appreciate the prevailing circumstances, so we are going that extra mile to be ready for the competition."

Coach Yusif Basigi has called up 25 players for the exercise but the number will be pruned down to the final 21 for the August 4 to August 25 competition.

The 25 players invited for the training are: