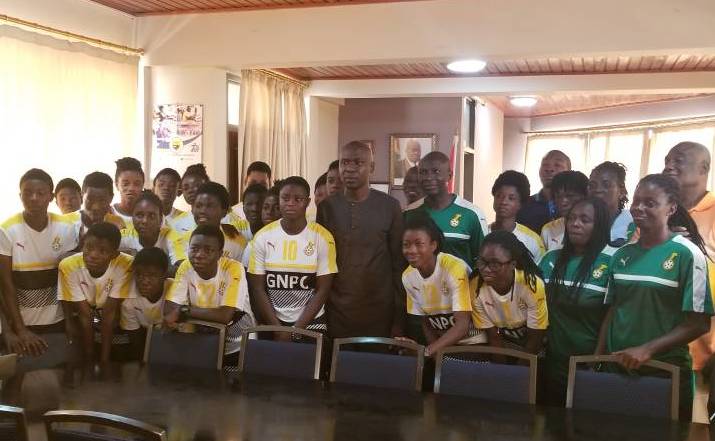 The female national under-20 team, the Black Princesses of Ghana paid a courtesy visit to the central regional Minister and other authorities ahead of the crucial World Cup qualifier against Cameroon on Saturday.

Striker Priscilla Adubea and her teammates first visited the office of the Central Regional Minister, Kwamina Duncan, who urged the girls to go for victory on Saturday. He confirmed he will be present at the Stadium to support the the team.

The team then visited the Municipal Chief Executive of Cape Coast, Mr. Ernest Arthur, who also promised to be present to support the team.

The Princesses did not leave the Paramount Chief of the Oguaa traditional out, as they seek spiritual support in the encounter with the Cameroonians.

Ghana have a slim advantage after picking up a 1-1 draw in Yaounde a fortnight ago, and will require a goalless draw or victory to qualify for France 2018.

The team has however, been boosted by the arrival of striker Sandra Owusu Ansah from Lebanon. The team were eliminated from the group stages in the last edition at Papua New Guinea.