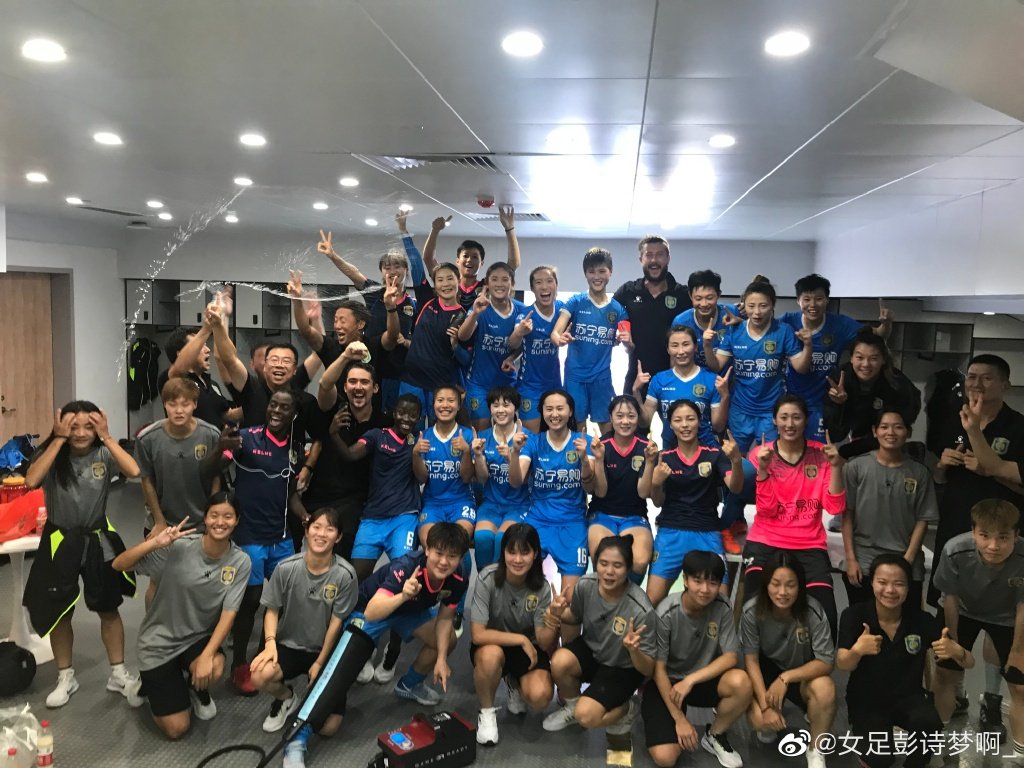 Black Queens of Ghana skipper Elizabeth Addo bagged a brace for Jiangsu Suning as they clinched the Chinese Super League title on Wednesday.

Addo's brace, a goal apiece from Tabitha Chawinga, Tang Jiali and Yang Li was enough to secure a 5-1 win over Guangdong at the Wutaishan County Stadium to win their first league title since 2009 with two games left in the current campaign.

Jiangsu Sunning have been impressive throughout the season since the Ghanaian forward joined the club.

The 26-year-old has made 12 appearances and scored five goals since joining in April 2019.

This is her third title with the Chinese Super League side after clinching the FA Cup, the FA tournament and the League.