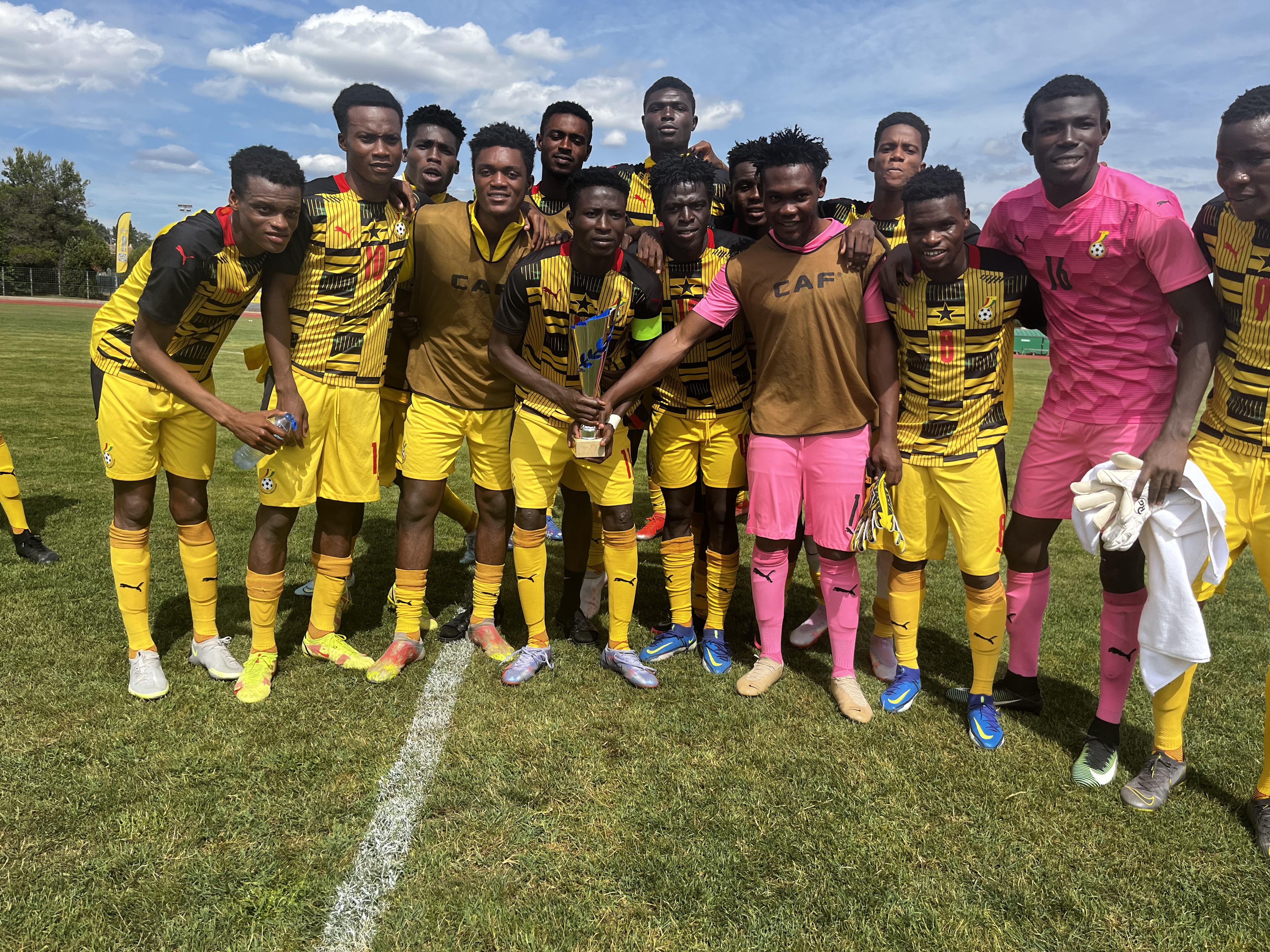 The Black Satellites have been presented with a trophy after finishing ahead of Saudi Arabia in their final ranking game played on Wednesday.

Ghana U20 were 2-1 winners in the game which was played at the Stade Fernand Fournier in Arles.

Abass Samari Salifu connected a brilliant pass from Yahaya Mohammed to restore Ghana’s and secure the much need for Ghana.

Speaking at the post match presser Assistant Coach Abdul Fatawu Salifu stated that the team has improved after each match played in the tournament.

“Of course we came to win the competition but at the end we couldn’t achieve our aims. But the team has improved match after match and we are hoping that in time they will be good players for Ghana”, the assistant coach stated.

The Black Satellites are expected to return to Ghana early next week.