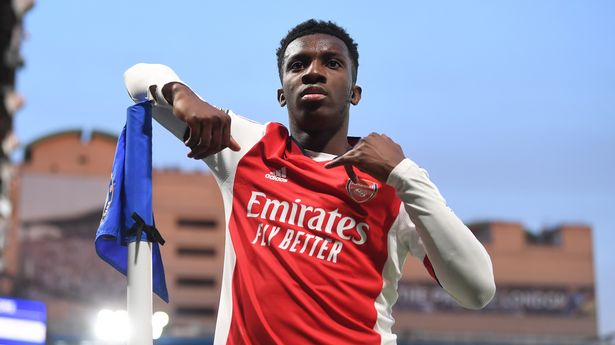 Nketiah has been on the radar of the country's football governing body in recent times following his exploits in the Premier League.

However, the former Chelsea academy product in an interview confirmed that he's yet to make a final decision whether to switch to Ghana or represent the Three Lions of England amid his contract standoff with Arsenal.

"I am also aware that players like Eddie Nketiah came to the Ghana U-17 team and was told that he was not cut for it several years ago," he told Joy Sports.

Nketiah has signed a five-year deal with the Gunners ahead of the new Premier League season.

However, the Ghana Football Association [GFA] have confirmed that Mohammed Salisu, Inaki Williams, Tariq Lamptey, and Patrick Pfeifer are all available to feature for the Black Stars ahead of the 2022 World Cup.