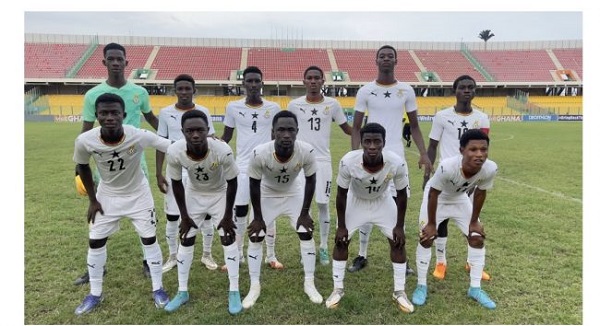 A few weeks ago, the desire of Ghanaians to see the national under-17 football team participate in the U-17 Africa Cup of Nations tournament in Algeria next year hit the rocks following the team’s failure to reach the final of the West African Football Union (WAFU) Zone B U-17 tournament in Cape Coast.

It was a major heartbreak for the talented young footballers and a big blow to Ghana football as the Black Starlets lost yet another opportunity to participate in the continental tournament which is a qualifying competition for the global showpiece to be held in Peru.

Since they last participated in the New Zealand 1999 U-17 World Cup tournament, which was won by arch rivals, Brazil, all efforts to be part of the prestigious tournament have not materialised. For this reason, the awe-inspiring brand of Ghana’s football which became the cynosure of all eyes during such youth tournaments will be so much missed in Peru next year.

Between June 11 and 24 this year, Ghana hosted the WAFU B U-17 tournament at the Cape Coast Stadium, hoping to see the Starlets pick one of the two tickets for the continental tournament scheduled for Algeria in 2023. Sadly, however, their expectations failed to materialise.

Former champions, Cote d’Ivoire, Nigeria, Benin, Niger, Burkina Faso and Togo were the other countries which joined Ghana to battle for the two slots reserved for West Africa.

Ironically, it was arch rivals - the Eaglets of Nigeria - who picked the gold medal and the ticket for Algeria 2023. This was after defeating the Young Stallions of Burkina Faso 2-1 in the final on June 24, having humiliated Ghana 4-2 in their group match.

By appearing in the final and winning silver, Burkina Faso also picked the other ticket for the tournament, leaving Ghana to grapple with the bronze medal as consolation.

Whether by fate, irony or lack of conscious and strategic planning, Ghana - a darling country which had been crowned as world champions on two occasions at the Italia 1991 and Ecuador 1995 FIFA U-17 World Cups - failed to qualify at the mini-tournament hosted in their backyard.

Besides winning two gold medals on the biggest stage in the world, Ghana also won silver at the Japan 1993 U-17 FIFA World Cup and the 1997 edition in Egypt.

Another medal won on the world stage was a bronze, and it was during the New Zealand U-17 World Cup tournament in 1999.

It is, therefore, a wonder that Ghana, which has been globally acknowledged as a dominant force at the U-17 level by football pundits due to her excellent performances a few decades ago, is now found wanting when the best football nations in West Africa, Africa and the world compete for honours.

The question is what might have gone wrong with the Starlets in recent times, such that their sparkling performances which caused panic among their opponents a few years ago, are nothing to be enthused about at the moment?

When Daily Graphic caught up with a member of the 1991 gold medalist, Emmanuel Duah, on the recent poor performance of the Starlets, he expressed concern, saying the strategic planning for hunting for talented players and developing their potential to become great might have been jettisoned by the present technical teams and management members.

He observed that it was important for the management and technical team of the Starlets to create a level playing field for players who have the potential to be recruited into the team to showcase their talents so the best among them would be picked for national assignments.

“It is always good to pick the best of the best to represent the nation for national assignments so that you can get the best results during tournaments,” he advised.

He was also of the view that management members of the team should come out with a well-prepared training programme ahead of any tournament with the view of plotting a strategic plan that could transform the team into a winsome side.

Paying glowing tribute to the late Coach Emmanuel Kwasi Afranie, who was in charge of the team before the 1991 tournament, Duah said Afranie’s sense of commitment, discipline, selflessness and inspiration did not only create a competitive spirit among the players in camp, but also forged a sense of unity and patriotism among them.

Duah, who scored the winning goal in the final of the Italia 1991 tournament against Spain, said he was featuring for Kumasi-based Neoplan Stars when the Black Starlets, who had been in camp for more than four months, played a friendly with his team in Kumasi.

“After the match, Coach Afranie immediately invited me to join the team in camp, and that began my romance with the Starlets in 1991, and the rest is history,” he recalled.

He said while in camp, competing for positions was so keen that no room was spared for complacency. “No one wanted to lose his position, so everyone was committed to training. We were also well focused on strategies, tactics and techniques, such that we gave more than 100 per cent of our performances.”

“It was the quality of players recruited into the team, coupled with the intense preparations we had which transformed the 1991 team into a formidable side during the tournament,” he revealed.

At the time Ghana won the two gold in 1991 and 1995, only Nigeria was a major rival in West Africa. Ghana was streets ahead of the likes of Gambia, Mali, Senegal, Benin and Gabon, such that they always struggled to match Ghana in terms of skills, teamwork and the art of converting half chances into goals.

Football fans who have expressed concern about the retrogression of the Starlets in particular and the other national teams, in general, feel strongly that, unlike the late Fred Osam-Duodu’s era, the present generation of managers only deploy ad hoc measures which don’t yield many fruits.

What is mind-boggling is that neighbouring countries that could hardly match Ghana, especially at the U-17 level, can now invade our territory and override the Starlets with ease.

Just as it was a few years ago, there are still many committed, dedicated, selfless and patriotic coaches around who can easily be poached to transform the Black Starlets into a formidable side capable of flying the flag of Ghana very high.

However, for reasons difficult to appreciate, such coaches have always been ignored to the detriment of Ghanaian football fans.

What is worthy of note is that handlers of the Starlets in this era seem to lack the requisite expertise on how to hunt for talents and develop them to be competitive at the International level as was displayed by the late Coach Afranie and Sam Arday, who managed the Starlets as a national project. It is high time the Starlets were entrusted in the hands of coaches who can handle it as a business venture which cannot be treated anyhow without considering the national interest.

What the Ghana Football Association (GFA) should appreciate is that the Starlets are the bedrock of the various national teams. The team should, therefore, not be handed to coaches who are perpetual failures at international tournaments.

Ghana is replete with coaches who are selfless, committed and zealous and also have the expertise. We have coaches who can easily discover pure talents and groom them to become future stars.

The FA should, therefore, search diligently and poach such coaches and ask them to rewrite the history of the Black Starlets who have now become the whipping boys in recent times.