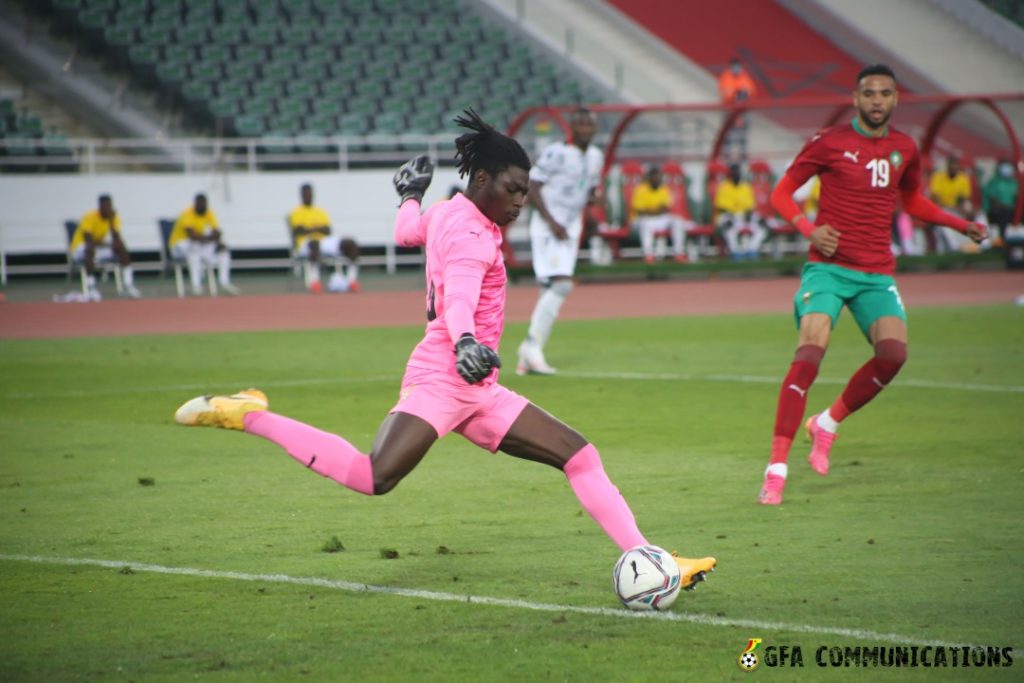 George Amoako, Chairman of the Black Stars Management Committee has said that goalkeeper Razak Abalora must be encouraged rather than chastising him after his howler led to the Black Stars defeat against Morocco.

Abalora's glaring blunder cost the Black Stars as they were beaten 1-0 by the Atlas Lions in Tuesday's friendly match played in Rabat.

It was the second howler committed by the goalkeeper in successive games for the Black Stars and they have been calls for him to be axed.

Abalora who is deputizing in the absence of first-choice goalkeeper Richard Ofori could be dropped for Saturday's friendly against Ivory Coast in Cape Coast.

But the former Chief Executive Officer of Asante Kotoko has backed the underfire shot stopper.

In an interview with Happy FM, he said, “It was a mistake but it is worrying that upon all the good performance he’s exhibited people are lambasting him. It is not fair to the player”

“Why are we not talking about the saves he’s done? He quizzed.

“It is unfortunate that he committed that blunder which resulted to our defeat but it is football and that is how it is. Renowned goalkeepers commit errors but I think it is better to encourage him and work on his faults rather than to discourage and lambast him” he said.