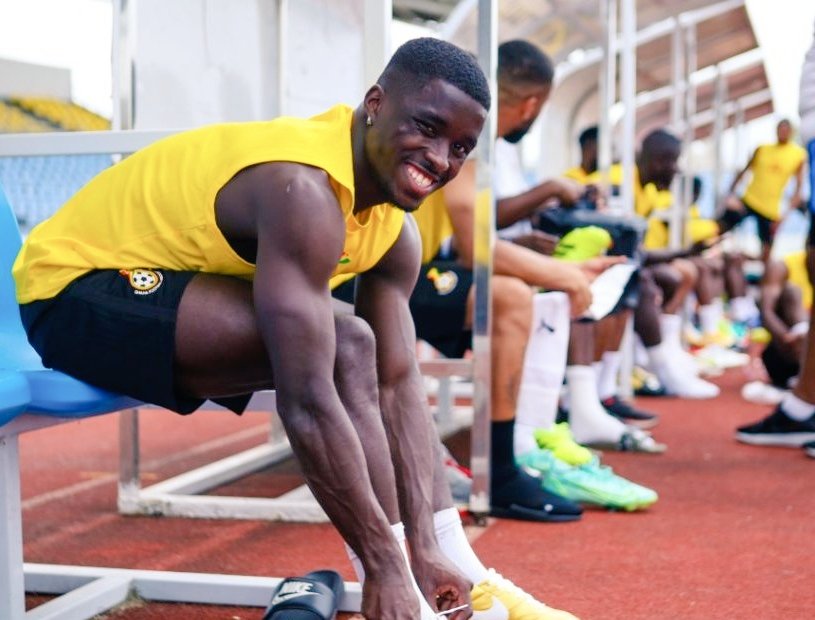 New Black Stars player, Braydon Manu has suffered a serious injury and could miss Ghana’s next round of fixtures in the 2022 FIFA World Cup qualifiers.

The young midfielder in the last international break earned his maiden call-up to play for the Ghana senior national team to his own surprise.

Although he was named on the bench of the team for both World Cup qualifiers against Ethiopia and South Africa, he did not have the chance to play.

Having returned to his parent club Darmstadt 98, Braydon Manu has picked up a nasty injury while playing in the German lower-tier league.

Footballghana.com can report that the midfielder has suffered a torn hamstring injury and will need at least two weeks to recover.

As a result, although he might be training with his teammates at Darmstadt 98, Braydon Manu is not likely to have the needed match fitness when Ghana’s next two matches in the World Cup qualifiers come around.

The Black Stars will in October take on Zimbabwe in a double-header encounter.