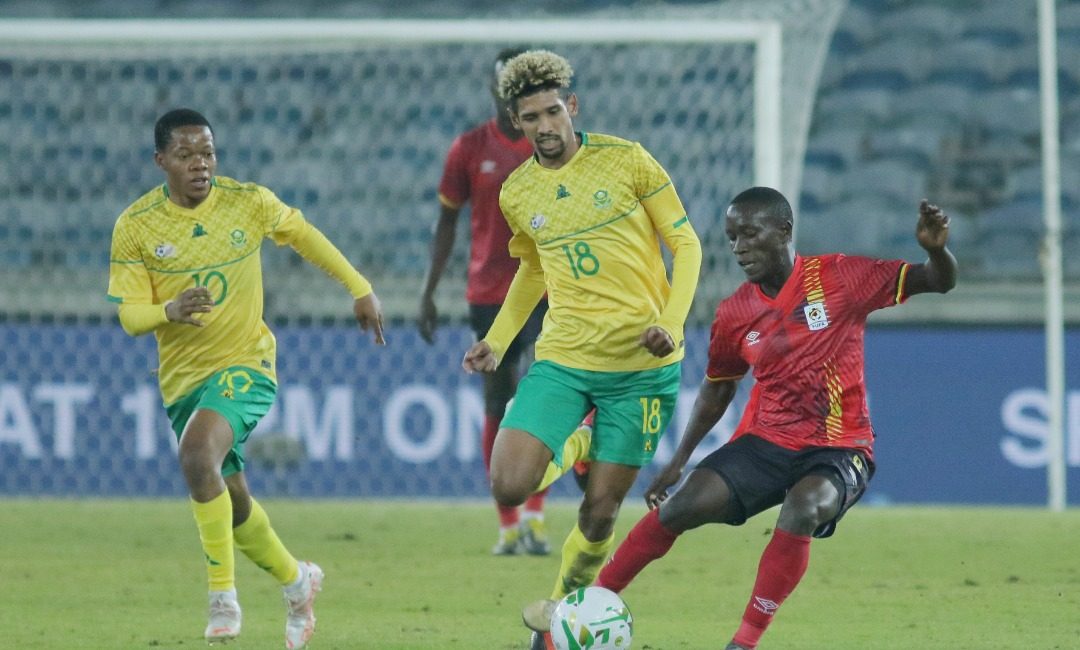 South Africa, Ghana's opponent in the 2022 World Cup qualifiers, played on Thursday at the Orlando Stadium in Soweto.

After the world cup qualifiers scheduled for this month were postponed, the Bafana Bafana played the Cranes of Uganda in a friendly match.

Due to the absence of newly hired coach Hugo Broos and Cedomir Janevski's after they tested positive for the coronavirus, the latter was replaced on the South African bench by Helman Mkhalele.

With a younger team, the South Africans were far from convincing throughout the game, but they were able to hang on for the victory after gaining the lead.