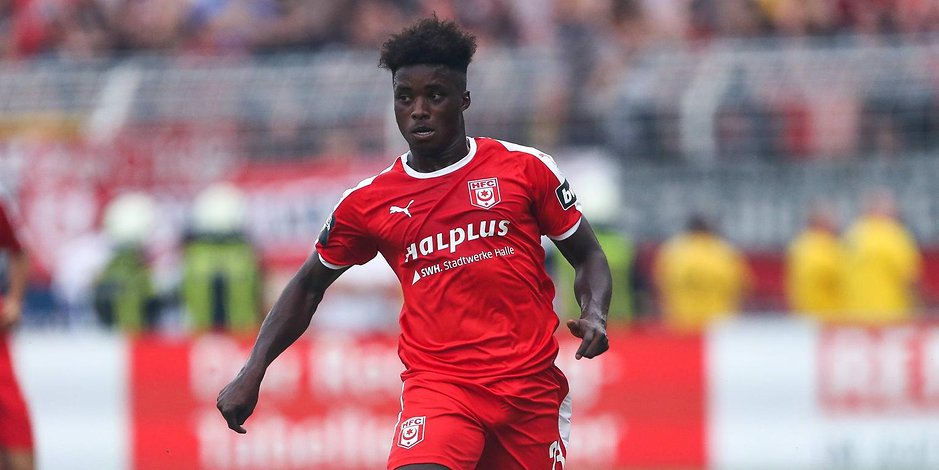 Ghanaian teenager Braydon Manu is set to face a spell on the sidelines after he was stretchered off in Hallescher FC’s 1-0 win at bottom club Aalen in the German third-tier.

Manu suffered a tibia injury and had to be replaced in the game.

The incident happened in the 38th minute after a tackle from Nicolas Sessa.

The 21-year-old went to the floor with a loud cry and squeezed his face writhing in pain which suggested that it was a serious injury.

He was treated for several minutes on the field and finally had to be transported away with a stretcher.

He has featured in 22 games this season for Hallescher FC, scoring two goals and five assists.