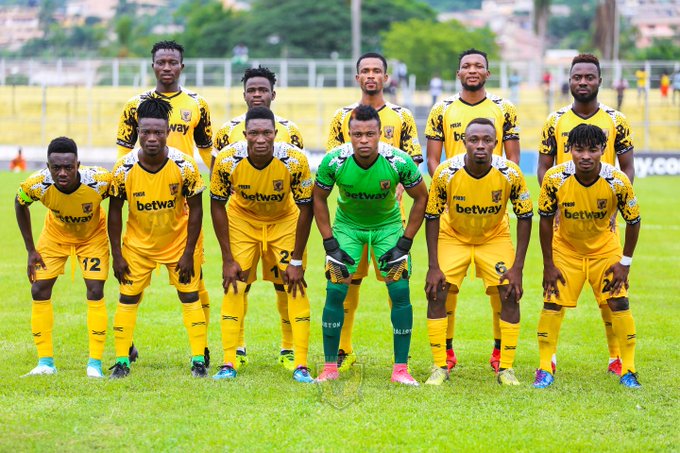 The Miners suffered their heaviest defeat in the top-flight at the Sogakope park as they dropped from the summit of the league table to the 4th position.

Dr. Kwaku Frimpong lambasted his technical bench and the playing body after the game and suspects foul play.

"I have told the BNI to investigate it. I sense elements of betting in the game," the club's President told Ashh FM.

"Even at the stadium, someone hinted it. My midfielders were walking throughout the game."

Meanwhile, Ashgold goalkeeper Frank Boateng has debunked betting allegations in their huge deefat over the weekend.

"We have heard of it but I’m completely alien in this betting thing. It’s painful to hear people attach such a shameful act to you. I have no intentions of ever doing that because I know there are consequences in doing that as a player," he said in an interview with Kumasi FM.

"I don’t know any player who’s into this but if there’s any, he must cease doing that to avoid such disgrace to us.

He added," We were shuttled after the game and couldn’t fathom how we could lost by that margin against WAFA."

"The supporters must still believe in us and keep supporting us,it is during this time that we need them.They should forgive us,we are sorry."