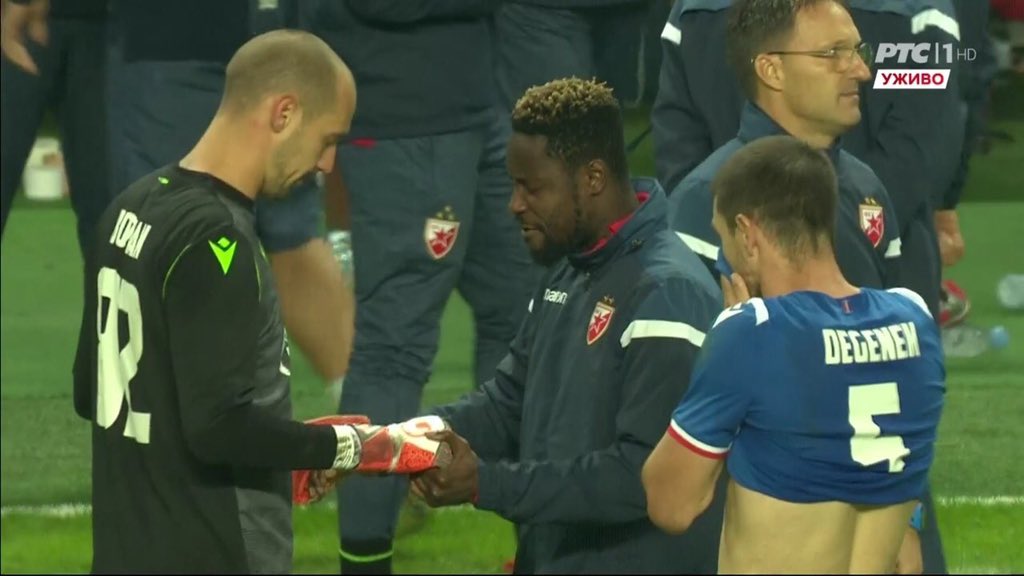 Ghana striker, Richmond Boakye-Yiadom has expressed his delight after playing a vital role in Red Star Belgrade’s progression to the final qualifying round of the UEFA Champions League on Tuesday night.

The Serbian side eliminated Copenhagen from the Uefa Champions League, 7-6 on penalties.

Following a 1-1 draw in the first leg of the fixture, Boakye opened the scoring at the Telia Parken to put the visitors ahead in the 17th minute.

However, the lead was short-lived as Ndoye ensured both teams head into the interval levelled with his 44th-minute equaliser for Copenhagen.

After the restart, the two teams struggled to score a winner and then proceeded to penalty shoot-out following a 2-2 aggregate score at the end of extra time.

He could not hide his excitement and attributed the feat to team unity.

The former Juventus ace was missing in the shoot-out because he was replaced in the 81st minute while Ndoye failed to convert his chance from the penalty spot.

Red Star will meet Swiss Super League outfit Young Boys next Wednesday in the first leg of the next round of Champions League playoffs.