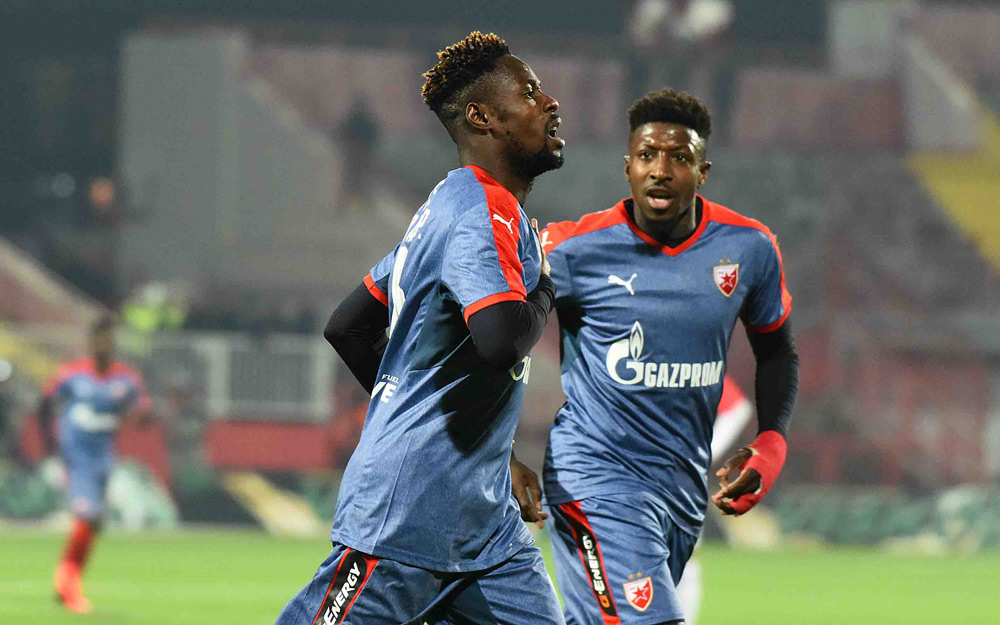 Ghanaian striker Richmond Boakye Yiadom was on target as his side, Red Star Belgrade defeated Copenhagen to qualify for the next round of the UEFA Champions League qualification.

The attacker finished off a superb cross sent into the opponent’s box by his teammate Marko Marin as his markers were caught ball watching to give Red Star the opener at the Telia Parken stadium.

However, that joyous moment was cut short after the hosts grabbed an equalizer through Dame N'Doye before half time.

The first encounter between the two sides ended in a stalemate a week ago in Belgrade.

As the frustrations continue to mount up in the second half, Richmond Boakye was shown a yellow card following his complaints.

The first leg ended 1-1 in Belgrade a week ago and to settle the score after 120 minutes of action, the game proceeded to a penalty shoot-out where Red Star Belgrade won 6-5 to book a place to the next round of the competition.