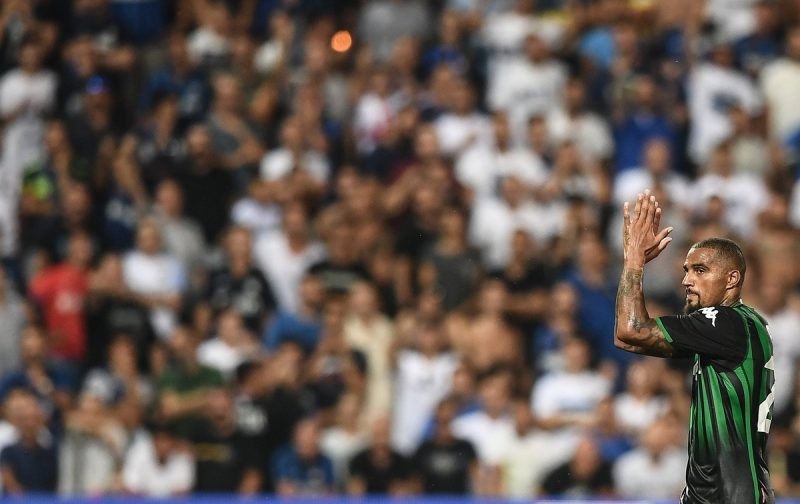 It was goals galore at the Mapei Stadium, as Sassuolo beat Genoa 5-3 in what was a great display of attacking football in Serie A

The visitors were the ones to break the deadlock with Krzysztof Piatek, but then were blown away by the Neroverdi in no time.

By the end of the first half the hosts were three goals up, scoring four in just ten minutes: Kevin Prince Boateng getting his second of the campaign, followed by a Pol Lirola finish and a Khouma Babacar double.

Gian Marco Ferrari put the nail on the coffin to end the game on 61 minutes and secure Sassuolo their second win in three games, avoiding defeat in their opening three Serie A games for the second time in their history after 2015/16. Goran Pandev got one back for the Grifone, then Piatek scored again

Roberto De Zerbi’s choice to revert to a 3-4-3 formation and therefore match Davide Ballardini’s lineup paid off initially, at least defensively, with both sides conceding little and limiting the opponents’ weapons, with many duels forming all over the pitch.

A balanced game initially, with hardly anything happening up front on either side.

To break this balance, the goal was needed. Quite random, with the ball bouncing in the Neroverdi box without any defender caring and Piatek making the most of it to beat Andrea Consigli.

It broke the balance not only in terms of result, but also tactically, with spaces opening up for both sides.

Sassuolo took advantage of it, scoring four in the space of ten minutes: Boateng scored one on one with Federico Marchetti, then Lirola smashed home the second, before Babacar’s brace.

A truly impressive reaction by Sassuolo, encapsulating the emphasis coach De Zerbi put on being motivated for this season. Fantastic spirit.

Boateng returned to Serie A with two goals in three games, showing he is still a player that can lift the level of a team like the Neroverdi: if he keeps it up they will be out of the relegation battle in no time.

The other main man of the night has to be Babacar: De Zerbi played him from the start, surprising everyone, and it paid off. If he finds consistency he can fulfil his destiny and become a top striker in the league.

A difficult night for the Grifone on the other hand, and hard work for Ballardini during the international break. What is worrying is how the most experienced players, especially at the back, lost it completely in no time.

The team switched off too easily, and hardly tried to react. Pandev’s goal came too late, and Piatek could only add to his personal record, scoring his seventh goal of the season (including the Coppa Italia) – nobody like him in Italy.