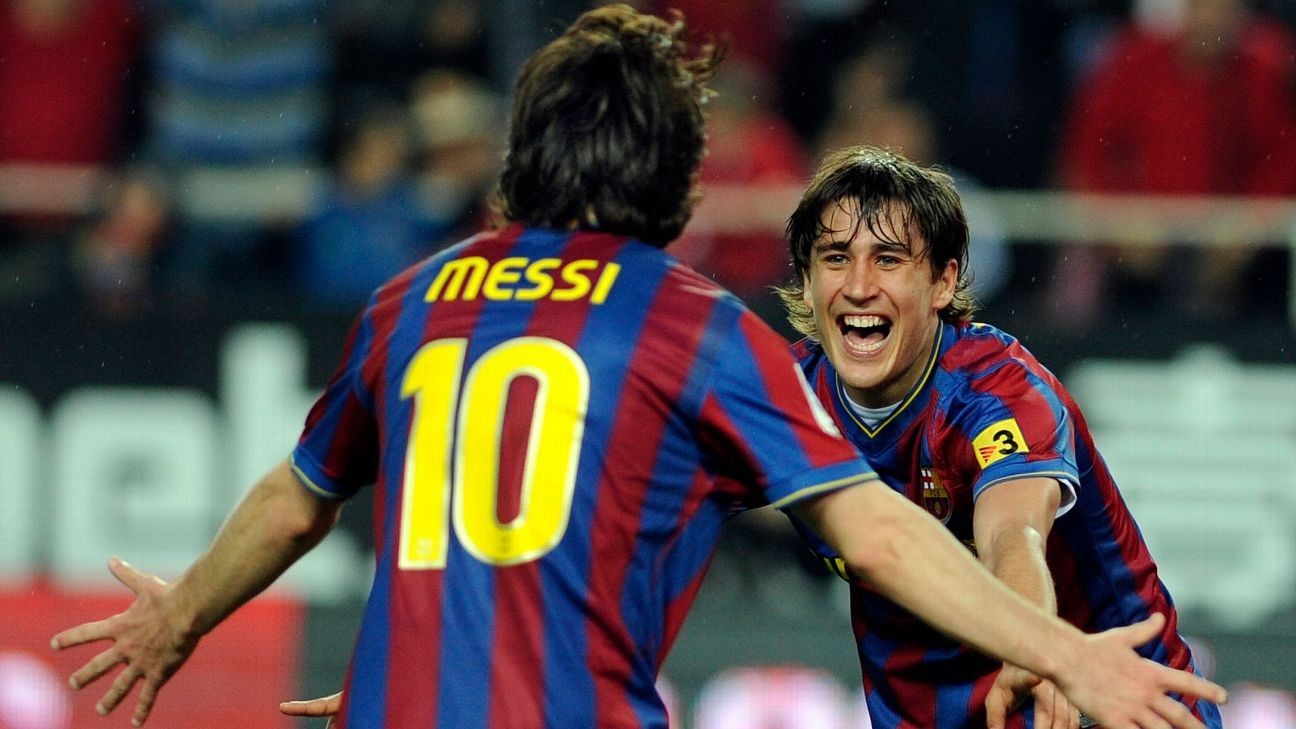 There was a time not long ago when a prodigiously talented Barcelona teenager by the name of Lionel Messi was being heralded by those who had witnessed his nascent talents as the second coming of Diego Maradona.

Forget the chase for Messi, Man City are quietly courting the heir to his throne

De Jong, Zlatan, De Gea: When newspapers are used to get the message across

Since then, it's fair to say that Messi has at the very least emulated his legendary Argentinian predecessor, if perhaps not surpassing him entirely in the grand footballing pantheon.

However, it didn't take long for the buck to pass as players even younger than the Barcelona talisman began to get saddled with the "next Messi" moniker -- some even being dubbed as successors while the real thing was only in his early-to-mid 20s.

The latest starlet to be anointed with the weighty mantle is 17-year-old wunderkind Dario Sarmiento of Estudiantes, who is reported to have already attracted the attention of Manchester City. While City may struggle to lure Messi from Barca this summer (despite the ongoing issues over the 33-year-old's immediate future) it looks like snapping up his potential heir apparent may well have become "Plan B" for the Premier League side.

Sarmiento may well live up to the lofty billing in years to come, but plenty of those anointed as the next superstar of the game have fallen by the wayside. Here is what happened to some of them.

Bojan has just one cap for Spain. Photo credit should read CRISTINA QUICLER/AFP via Getty Image

Bojan came through the Barca youth ranks on a wave of giddy promise, so much so that he earned the "next Messi" nickname despite being only a few years behind his teammate in terms of progression.

The forward certainly looked the part as he became the youngest ever player to represent Barca in La Liga when he made his debut at 17, breaking a record previously set by Messi himself. However, one went on to win five Ballon d'Ors and the other spent five years at Stoke City. He's now in MLS with Montreal Impact.

Being a young, phenomenally talented Argentinian forward, it was perhaps inevitable that Zarate would immediately be burdened with Messi comparisons when he broke through at Velez Sarsfield in 2007. However, he never really seemed to settle anywhere during a career that quickly became nomadic, intermittently impressing at random clubs such as Birmingham City and Lazio before heading back to Argentina.

Assulin came through La Masia academy in Messi's wake and eventually joined Manchester City as an 18-year-old, but left two years later without making a single senior appearance for either club. Now 29, the one-cap Israel international is on the books at Romanian first division side Politehnica Iasi after short spells in Spain, Israel and Kazakhstan.

Not to be outdone, Real Madrid thought they'd got themselves a Messi-esque homegrown star when 16-year-old winger Bruna came thundering through their academy in 2007. However, the Argentinian was soon plucked from their grasp by Liverpool for whom he went on to appear a grand total of zero times.

Now 29, and nominally employed by Northern Irish side Derry City, Bruna has spent the majority of his career moving between clubs in the lower leagues of England and Spain.

Halilovic struggled to make his name at the club. Martin Rose/Bongarts/Getty Image

Halilovic was given some fanfare when he signed for Barca as a 17-year-old in 2014, with many tipping the former Dinamo Zagreb midfielder for greatness.

The Croatia international lasted two years in Messi's shadow before departing the Camp Nou for Hamburg who then loaned him back to Spanish side Las Palmas. AC Milan took the plunge in 2018 but so far the 24-year-old has made just one appearance for the Rossoneri, instead finding himself loaned out for unremarkable stints at Standard Liege and Heerenveen.

Iturbe is a Paraguay international, despite being born in Buenos Aires and representing Argentina at youth level, and moved to FC Porto in 2011 on the crest of a wave. However, he's had eight clubs since then.

If there's one thing the real Messi cannot boast among his panoply of career achievements, it's an entirely forgettable two-game loan spell at Bournemouth in 2016.

The Iran international striker was supposedly destined for big things after he impressed while playing (and scoring freely) for his country's international youth sides. Linked with a big move to Europe for several years (Milan, Arsenal and Liverpool were all mooted), Azmoun was duly snapped up by Russian club Rubin Kazan in 2013.

The 25-year-old has since found a niche in Russian football, moving back and forth between Kazan and Rostov a couple of times before Zenit St Petersburg decided to make him the second-most expensive Iranian player ever when they signed him for around €15m last year.

One of the most hyped talents in recent years, Odegaard made the world take notice when he took the Norwegian league by storm aged just 15. This led to the midfielder moving to Real Madrid in 2015, who added the teenage sensation to their Castilla team in the hope of incubating and moulding a world-beater.

Several loans around Europe have followed with Odegaard slowly beginning to deliver returns on his enormous potential, notably at Real Sociedad last season. He has now been called back to Real to get a chance in the first-team.

Another forward who made his professional debut as a 16-year-old and almost automatically earned himself the nickname: "the Messi of Bilbao." Munain, now 27, has remained loyal to Athletic ever since, going on to make almost 400 appearances for his hometown side while never quite hitting the heights of his Catalan counterpart.