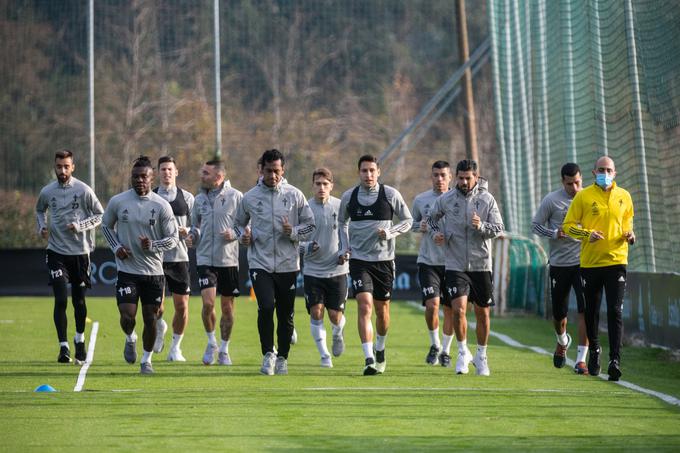 Ghana defender Joseph Aidoo has returned to training with his Celta Vigo teammates after his injury scare in the clash against Sevilla over the past weekend.

The hard-tackling defender was handed a starting role on Sunday when the Sky Blue outfit locked horns with Sevilla on Matchday 10 of the 2020/2021 Spanish La Liga season.

Unfortunately, the centre-back suffered an injury in the first half and signaled to be substituted because he could not continue.

At the end of the game which saw Celta Vigo losing 4-2, the club confirmed that Joseph Aidoo has suffered a hamstring injury.

Following a successful assessment by the medical team of the Spanish club, it has been concluded that it is not as serious as feared.

On Monday, the defender shook off the injury and was spotted with his teammates training at the Madroa. He is expected to pick up the pace in training in the coming days and should return to full fitness before Vigo's next match against Granada.