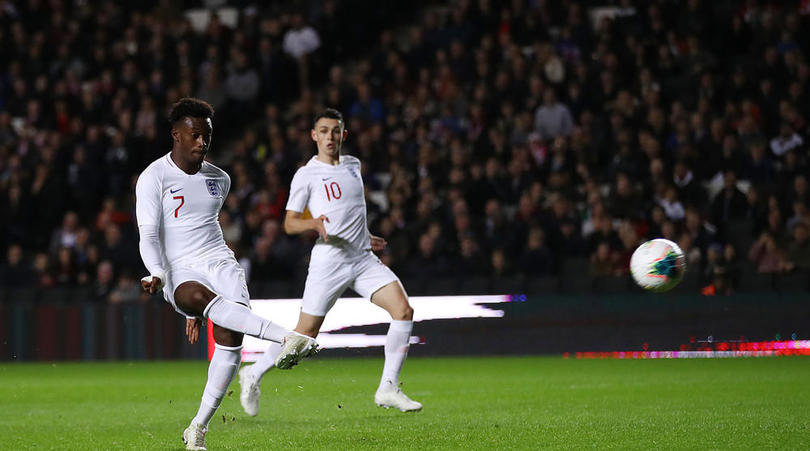 England Under-21s manager Aidy Boothroyd hopes that he gets to see more of Callum Hudson-Odoi, after his superb performance against Austria.

The Chelsea star was the attraction center when England Under 21 hammered Austria 5-1 in the European Championship qualifying with his brace.

The 19-year old's inclusion to Boothroyd's side was part of his rehab from his Achilles injury.

I hope not,” the boss replied when asked if he thought that would be the last time he would be involved with the Young Lions.

“He’s been brilliant for us, if a player was a senior and then came back down to us they could be moody but he has been first class, on and off the pitch.

“If anything in both games he was almost trying too hard, things don’t come off but what he did tonight was exceptional.”

Hudson-Odoi opened the scoring with a sizzling 12-yard volley and then completed a riotous first-half performance with a brilliant goal, finding the top corner after running the length of the pitch.

“He gets his minutes with us and I’m sure he’ll do well at his club team,” he said.

“He is in a brilliant place, learning off a great coach and I know because he has said he is enjoying being there at such a big club and when he comes to us he is ready and fresh hopefully we can send him back as a better player.”

The win makes it three wins from three in their bid to make the 2021 tournament, sending them above Austria to the top of Group 3.