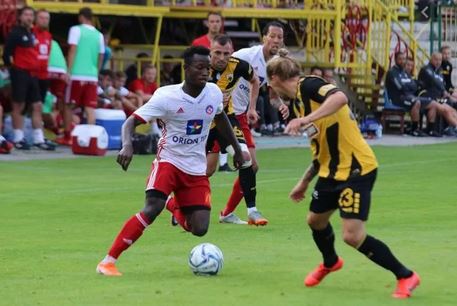 The 21-year has emerged on the radar of the French side following his exploits at Slovakian top-flight side Trencin last season.

He was the standout player at his club and was regarded as one of the best attackers in the Slovakia top-flight.

The Ghanaian youngster scored 11 goals and provided 15 assists in 30 matches for his club Trencin last term.

According to reports, Bordeaux have offered €2m in their first attempt to sign the Bukari who attracting interest from several European clubs.

Sporting Lisbon, Celta Vigo, Nimes, and Turkish giants Galatasaray are also believed to be interested in his services ahead of the next season.

Bukari was named among the best players in the Slovakian top-flight in the just-ended season because of his outstanding display for Trencin.

His contract with Trencin will expire at the end of the 2021/22 season.