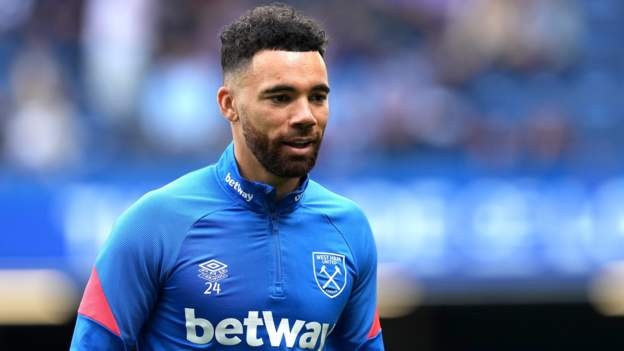 Ryan Fredericks has signed a two-year contract with Bournemouth after he left West Ham on a free transfer.

The full-back, 29, is Bournemouth's first arrival since they won promotion to the Premier League last season.

Fredericks made 77 appearances for West Ham, joining from Fulham in 2018, before his deal ended in June.

"To be able to sign a player of Ryan's ability and experience on a free transfer is a coup," said chief executive Neill Blake.

Fredericks worked under Bournemouth boss Scott Parker when he was previously in charge of Fulham.

Blake added: "I know Scott speaks very highly of his professionalism and character and he's a talented player that will bolster the squad."

Bournemouth will return to the top flight in the 2022/23 season after a two-year absence following their automatic promotion from the Championship.