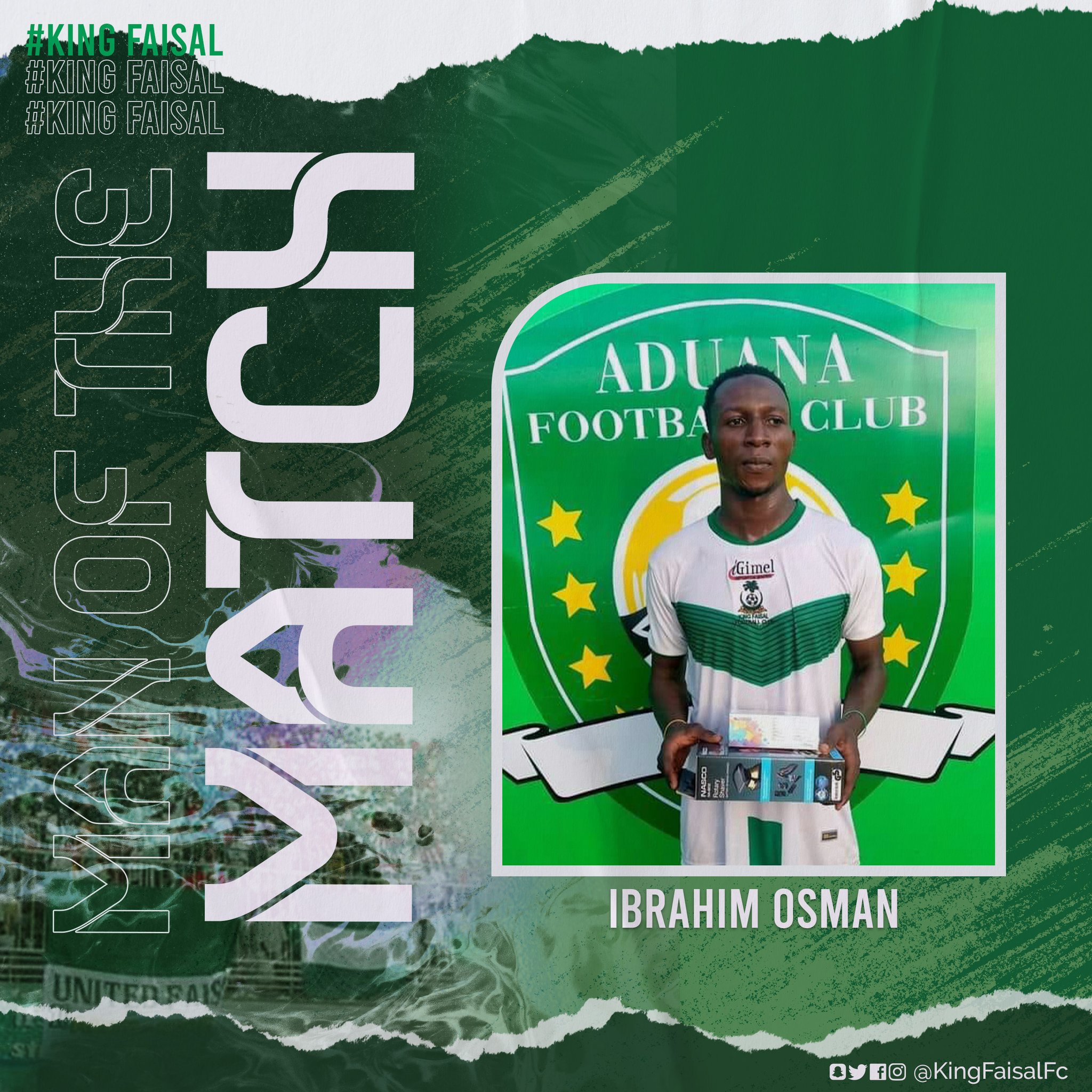 Youngster Osman Ibrahim was named Man of the Match on Sunday when he scored a brace to power King Faisal to defeat Aduana stars 2-1 in the Ghana Premier League.

The talented striker joined the team in Kumasi from regional neighbors and giants Asante Kotoko in the off-season.

Brought in to provide a massive squad boost, Osman Ibrahim has been doing just that in the early parts of the season.

Having helped King Faisal to secure a narrow 1-0 win over WAFA SC on the opening weekend of the Ghana Premier League, the striker continued with another top performance on matchday 2 yesterday.

In what was a match against Aduana Stars, Osman Ibrahim scored twice to propel King Faisal to a massive 3-1 win against the opponent.

For his outstanding display in the match, the striker was named Man of the Match after the encounter.