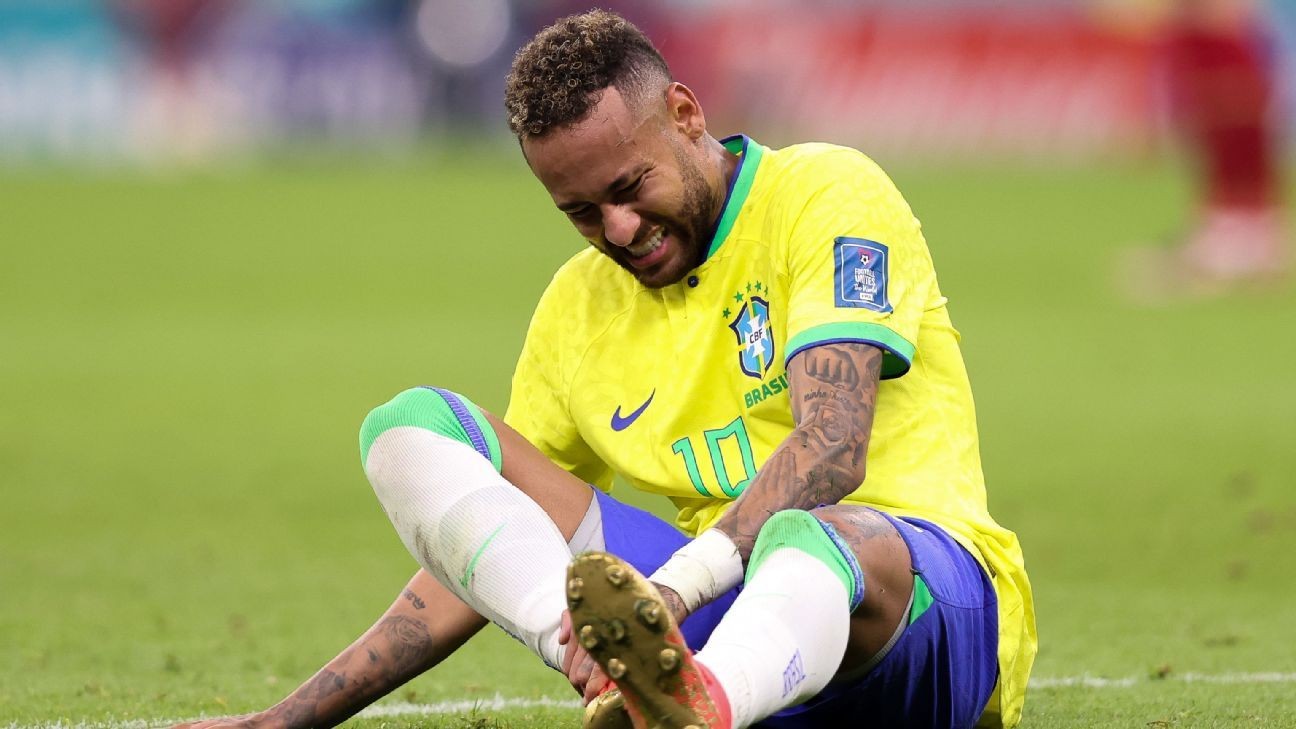 DOHA, Qatar -- Brazil are sweating over the fitness of Neymar for the remainder of the World Cup group stage after he suffered an ankle injury in Brazil's opening win against Serbia.

On Friday the Brazilian FA (CBF) confirmed that both Neymar and Danilo, the right-back who also injured his ankle in the same game, would miss Brazil's next match against Switzerland on Monday. But sources have told ESPN that the pair could also miss their last group game against Cameroon.

Neymar's injury came after the Paris Saint-Germain forward was repeatedly fouled during Brazil's 2-0 victory against Serbia on Wednesday night before being replaced in tears in the 80th minute.

"Players Neymar and Danilo started treatment yesterday immediately after the game," Brazil doctor Rodrigo Lasmar said in a video published on Friday. "This morning they were reevaluated.

"We can already say that we will not have the two players for the next game, but they remain in treatment with our goal of trying to get them back in time for this competition."

Neymar has scored 75 goals in 122 games for Brazil and is two goals away from breaking Pele's all-time scoring record for the national team.

Richarlison scored two goals to lead Brazil to victory against Serbia at Lusail Stadium as they aim for a record-extending sixth World Cup title.