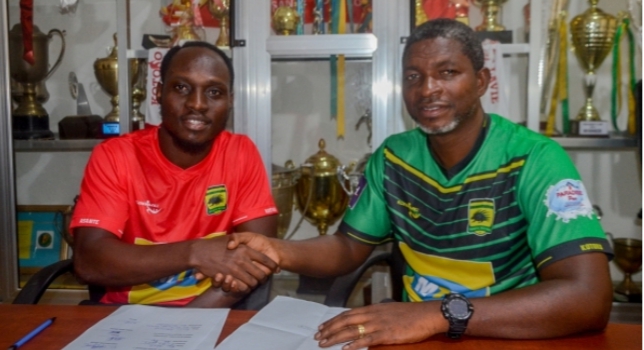 Ghana Premier League giants Kumasi Asante Kotoko has announced the signing of striker William Opoku Mensah to give them a boost in the attack in the ongoing 2019/2020 season.

The forward has been on the radar of the Porcupine Warriors for the last couple of weeks after identifying him as potent enough to replace Ugandan international George Abege.

Following successful negotiations, Kotoko has announced today that they have wrapped up the signing of the players on a one-year loan contract with an option to extend if he impresses.

The signing has happened on the 2019/2020 Premier League player registration deadline-day and will see William Opoku in action for Maxwell Konadu’s team very soon.

He is best known for the hat-trick he scored against Accra Hearts of Oak in 2018 when he was playing for Karela United.