The second-leg of the African Youth Championship qualifier between the Black Satellites of Ghana and the Red Foxes of Ethiopia has been called off following torrential rains at the Cape Coast Sports Stadium.

The match was scheduled to come off on Sunday at 3.00pm but it was canceled due to heavy rains which made the pitch at the newly constructed stadium unplayable.

After closely accessing the pitch, match officials decided to call-off the match.

Mas-Ud Didi Dramani's side were hoping to overturn a 2-1 score suffered away in Ethiopia a fortnight ago.

Officials say the game will be played tomorrow at 12pm.

See Photos of the pitch below; 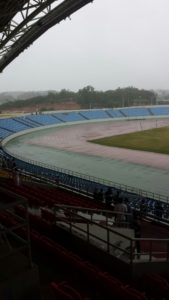 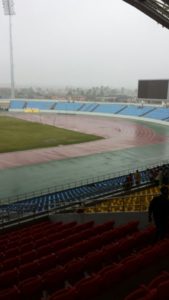 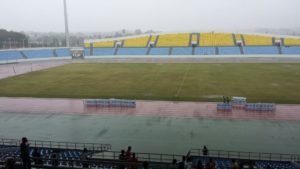