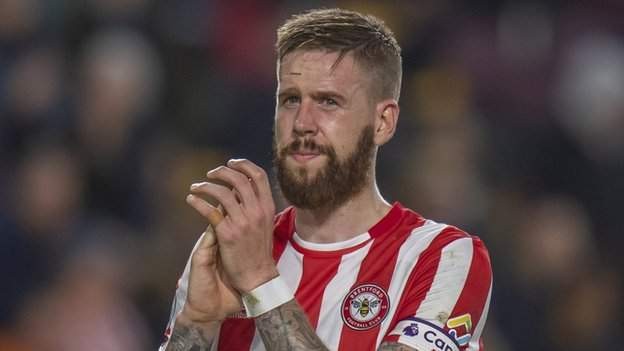 Jansson has made 85 appearances for the Bees since signing in 2019.

Brentford captain Pontus Jansson has signed a new deal with the club until the end of next season.

The defender, whose contract was due to end this summer, joined from Leeds United in 2019.

Jansson, 30, led the Bees to promotion in the Championship play-off final against Swansea last season.

"Pontus has done well for us in the Premier League and we are all pleased that he will be with us next season," said Brentford boss Thomas Frank.

"His leadership and communication in defensive situations and his position are very important for us."

Former Sweden international centre-back Jansson has made 85 appearances for the Bees.

He looks set to skipper his team against league leaders Liverpool at Anfield this Sunday (1400 GMT).