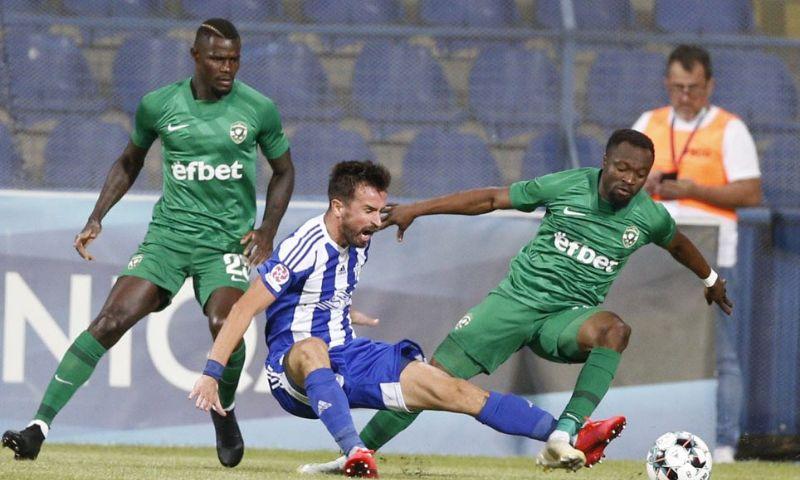 Ghanaian striker, Bernard Tekpetey, lost his temper after receiving a red card in the tie against CSKA in the Bulgarian league.

The former Fortuna Dussledorf man was given his marching orders 30 minutes to the end of the game, leaving his team to battle with 10 men.

It has been reported that the forward mouthed "fuck you" to the referees in the tunnel, showing unhappiness with the decision.