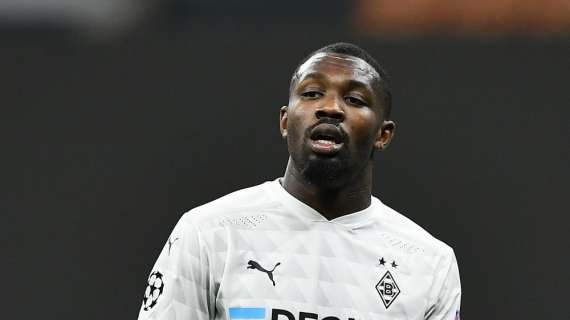 Borussia Mönchengladbach forward Marcus Thuram has given an update on his injury and has praised the performance on his teammates in recent weeks.

“My knee is great, thanks to the work of the medical team and now I’m focusing on getting my fitness back. I can almost put this injury behind me and I can’t wait to get back into training with the whole squad again,” the Frenchman told the club’s official media.

“The lads are going great. They’ve put in two strong performances in their last two matches. We’ve scored a few goals and are conceding fewer as well. I hope I can help the team again soon.”

Die Fohlen have won three of their previous four Bundesliga games, including wins against Borussia Dortmund and Wolfsburg.

“Of course I feel better when the team is picking up good results because it allows me to really concentrate on my comeback,” said Thuram. “It’s much easier to be patient whilst working on getting back to full fitness when things are going well for the team. They’re doing a fantastic job and I’m grateful for that.”

Thuram suffered a ligament tear in his knee in August and has been out of action since.