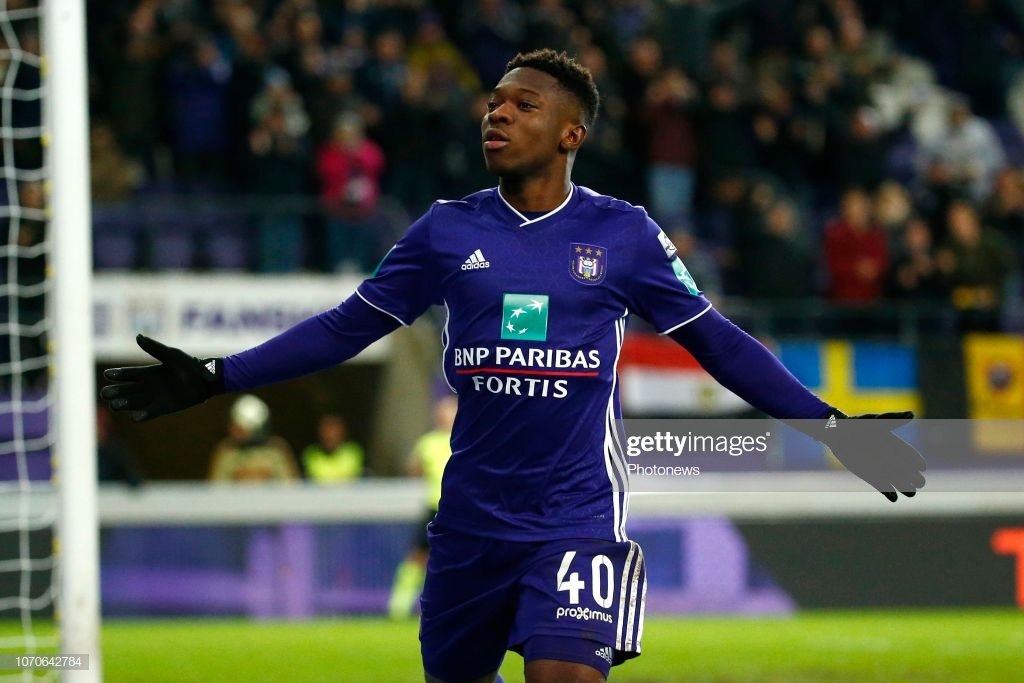 German Bundesliga side, FC Köln have reignited their interest in signing Francis Amuzu in the January transfer window.

The Belgian U-21 talented winger was on the verge of joining Köln during the summer but was convinced to stay at the club by Anderlecht manager, Vincent Kompany.

Amuzu signed a four-year contract with the Belgian side.

Despite making his mark anytime he gets the chance to feature, adequate playing time has become less for Amuzu and he will seek a loan move in the winter as he eyes a place in the Belgium under-21 team for the European Championship slated for Slovenia and Hungary.

According to reports, Köln manager Markus Gisdol has revived interest in signing the young lad on loan on January more playing time assured.

Amuzu, 21, is the son of former Ghana youth international, Theophilus Amuzu, who played for Accra Hearts of Oak and a host of clubs in Belgium.

Born in Accra, Francis moved to Belgium at an early age where he joined the Anderlecht youth system and progressed to the senior side.