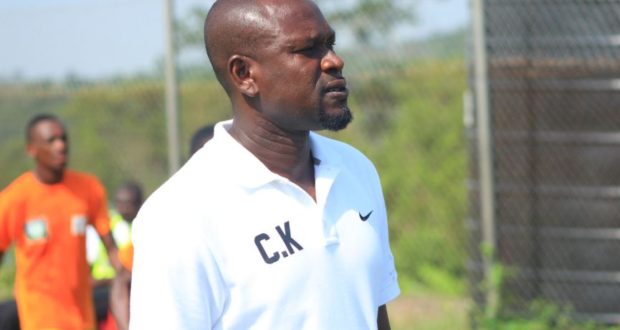 Black Stars assistant coach Charles Kwablan Akonnor listed his all time best National team players he played with during his national team duty in a twitter question and answer section.

The former versatile midfielder represented the Black Meteors in Atalanta 96 Olympic games and in the Black Stars, he recorded 41 appearances scoring twelve goals before hanging his boot.

The ex black stars captain  mentioned the likes of Abedi Pele, Kuffour and others as the best he played with considering their ability to win games aside the numerous dedicated players in his eleven years playing career.

Akonnor answered the question when he sat for a twitter questions and answer section.

“It is difficult to pick out the best players I have played with in the national team, because we were a class of dedicated players and we all sought to give our best. We had great moments then.”

“But I will say Pele. Ablade Kumah. Frimpong Manso and Kuffuor for their ability to win all the time.”