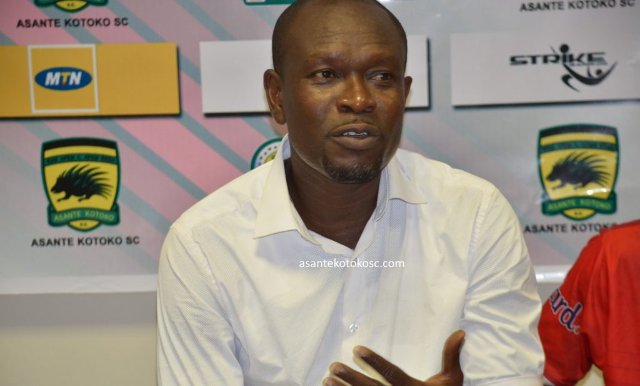 Former Asante Kotoko coach Charles Akonnor has expressed worry about the club’s current form after they were knocked out of the CAF Champions league and Confederation Cup.

The Porcupine Warriors missed out qualifying to the money zone of the CAF Champions league after failing to protect a 2-0 home win in Tunisia and got kicked out of the Confederation Cup in the playoffs following a 2-1 aggregate defeat at the hands of Ivorian side FC San Pedro.

“I feel bad, I thought we could have done enough but look at the situation now and we hope for the best.”

CK Akonnor parted ways with Kotoko barely four months after he guided them to the group stage of the Confederation Cup in the 2018/19 season.

the former Black Stars player stepped down after Kotoko reassigned him to the technical director role and brought in Kjetil Zachariassen as head coach.

Akonnor also replied in the affirmative when quizzed about him returning to the club, he replied “There is always a chance in the future for such.”

He took over as the interim assistant coach of the Black Stars from Ibrahim Tanko  but he CK tweeted that he would consider a permanent contract if he is handed one.