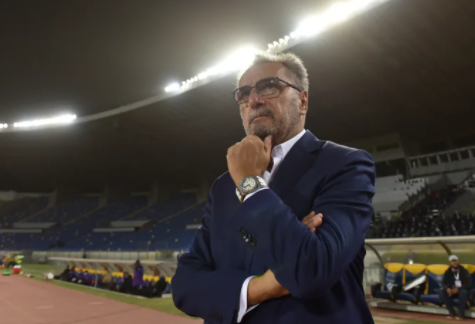 In their first ever CAF appearance, Egyptian debutants Pyramids FC have gone all the way to the final of the 2019-20 Total CAF Confederation Cup. They are seeking a happy ending to their fairytale when they face last season runner ups RS Berkane of Morocco at the Prince Moulay Abdellah Complex in Rabat on Sunday 25 October 2020.

Having been founded in 2008 under the name “Al Assiouty Sport”, the club witnessed a complete revamp that saw their name changed to “Pyramids FC” in 2018. With stars recruited, they finished 2018-19 Egypt’s Premier League in third place to guarantee their debut participation in the CAF Confederation Cup this season.

And while looked at as an outsider, Pyramids defied all odds by going all the way to the final. They started the campaign under the guidance of Frenchman Sebastien Desabre, who left his place last December to Croatian tactician Ante Cacic, with whom Pyramids overcame all hurdles to reach the final.

Cacic (67) was born in Croatian capital Zagreb. He graduated from Faculty of Physical Education and started his coaching career in 1986, being one of the very first Croatian coaches to get the UEFA Pro coaching license.

He was famed by guiding teams to promotion from lower divisions to Croatian top division, as he did with Dubrava (1993) and Inter Zapresic (2003). In 2005 he came to Africa as Libya’s national team assistant coach, and also guided Libya U-23 team to winning bronze medals of the 2005 Mediterranean Games in Almeria, Spain.

In the following year he returned to Croatia to guide several sides, till he took over giants Dinamo Zagreb in 2011. With The Blues he won the Croatian domestic League and Cup double in 2012 but left the club later. He crossed the border to take over Slovenian champions Maribor in 2013, handled them to Slovenian Super Cup title in the same year before returning home a year later.

In 2015 Cacic was named Croatia national team coach and guided them to the 2016 UEFA European Championship (EURO) in France, where they lost to eventual champions Portugal in the round of 16. He left his job in October 2017.

Since December 2019, Cacic guided Pyramids in 32 games in all competitions, winning 21, drawing 3 and losing 8. They currently lie third in the 2019-20 Egyptian Premier League with one game to spare, and had – at least – guaranteed their place in next season’s CAF Confederation Cup. They still might finish second behind already declared champions Al Ahly and before Zamalek, has the final match day results finish in their favor, which will allow them to play in the Champions League instead in that case.

In the Total CAF Confederation Cup, Cacic led Pyramids to top their group, before going all the way to the final, where they will face Tarek Sektioui’s RS Berkane on Sunday.

“I know this is going to be a tough mission, but I have faith in my boys,” Cacic told CAFOnline.com. “We had a very good game against Horoya (of Guinea) in the semifinals, and our win was completely deserved. Berkane is a very strong opponent, I know. But if we played the same way we did in the semis, I believe we have a good chance to win the cup.”

Shall they win the title, Pyramids will set a remarkable feat by adding a continental trophy as their first ever in their history. They will become the third Egyptian side to do so after both Cairo giants Al Ahly (2014) and Zamalek (2018-19), and Cacic believes his boys are up to it.

“We have all what it takes to win the title. My players are in their best form, and our management supports us all the way. Hopefully, the trophy will provide a happy end to this story”, he concluded.