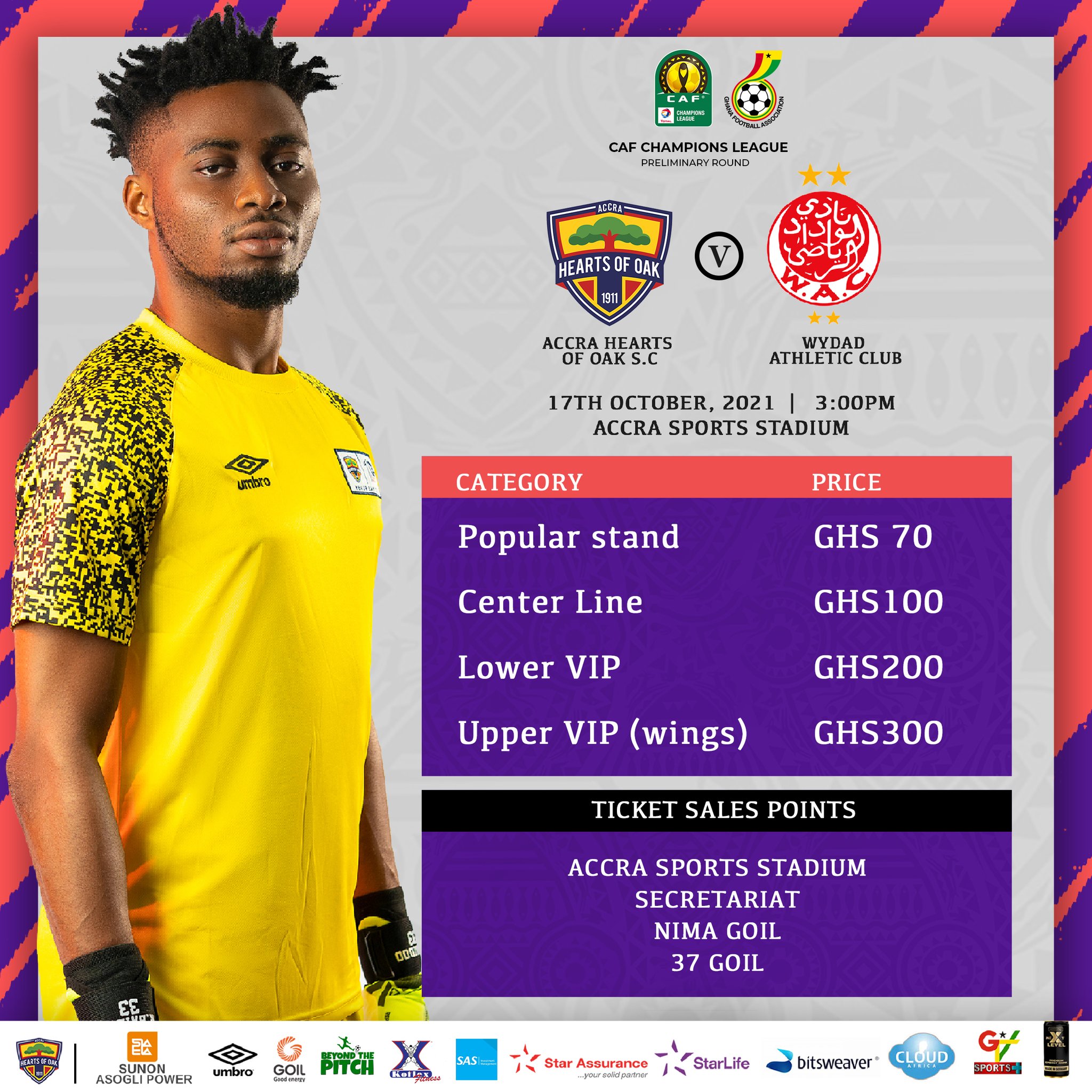 Hearts of Oak have announced exorbitant ticket prices for the team’s CAF Champions League encounter against Wydad SC in the upcoming weekend.

The Ghana Premier League giants will on Sunday, October 17, 2021, host the side from Morocco in the first of a two-legged encounter in the CAF elite inter-club competition.

Ahead of the tough meeting, Hearts of Oak have today announced the price of tickets for the game.

According to a post on the Twitter page of the club, the ticket for the Popular stand will be sold at GHS70 while those for Centre Line will be sold for GHS100.

Meanwhile, the ticket for the VIP and VVIP sections will be sold for GHS200 and GHS200 respectively.

Advanced tickets will go up for sale on Friday, October 15, and will be available for purchase at the Hearts of Oak secretariat, the Accra Sports Stadium, 37 Goil Station, and the Nima Goil Station.

Have you marked your calendar? Have you circled the 17th of October to be at the Accra Sports stadium? Get your ticket money ready.