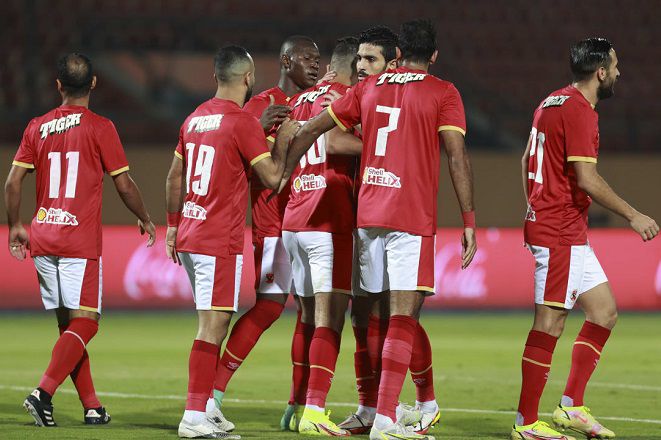 The shock of the day came from debutants AmaZulu who stunned five time champions TP Mazmembe to reach the group stage in their first ever CAF appearance.

At Mustapha Ben Jannet Stadium in Monastir, Tunisia’s Etoile du Sahel were too strong for visitors APR of Rwanda, beating them 4-0 to qualify winning 5-1 on aggregate.

Veteran Yacine Chikhaoui put Etoile ahead from the spot after 19 minutes, as the first half ended with the 2007 champions leading 1-0.

Two minutes after the restart, Chikhaoui completed his personal brace, as Etoile were easing towards the group stage. APR had to play with a man down for the last 25 minutes after seeing one of their players sent off.

The hosts waited till injury time to add two more goals. Mohamed Daoui added the third from the spot after 92 minutes, while Ali Souma put the final touch four minutes into injury time.

Angola’s Sagrada Esperanca made history by reaching the group stage for the first time, despite losing to Eswatini Royal Leopards 1-0 in Manzini, as they qualified winning 3-2 on aggregate.

Junior Magagula scored for the hosts Leopards in the last minute, but Sagrada home 3-1 win last weekend was enough to see them through.

Al Merrikh took the lead in Lusaka after just 13 minutes through Tony Edjomariegwe Omayurue to take an aggregate 4-0 lead that made their mission a lot easier.

Zanaco restored parity on the evening after 23 minutes through Mangani Banda, as the first half ended 1-1.

Three minutes from time Abraham Siankombo gave Zanaco a moral win but without stopping Al Merrikh from advancing to the mini league stage.

South African debutants AmaZulu produced one of the biggest Champions League shock, when they defeated DR Congo giants and five-time African chmapions TP Mazembe on away goals’ rule, after holding them to a 1-1 draw in Lubumbashi.

A goalless draw last weekend in Durban meant Mazembe had to win at home to advance to the group stage. But Les Corbeaux had to face a setback when Bongi Ntuli gave AmaZulu the lead after 38 minutes.

Despite Mazembe numerous chances over both halves, they had to wait till the fifth minute of second half injury time to find a very late equalizer through Adam Bossu. A draw that was not enough to save Mazembe from an embarrassing exit.

AmaZulu players and their coach Benni McCarthy celebrated wildly as their fairytale debut continues to the lucrative group stage.

In Luanda, Angola’s Petro Atletico paved their way to the group stage, beating visitors AS Otoho 2-0 to qualify winning 4-2 on aggregate.

After coming back from two down last weekend, Petro completed their way to the group stage with a home win. Vidinho scored at the brink of halftime to give the hosts the lead, with Miguel Megue adding the second after 73 minutes to see the Luanda Petroleum Boys advancing to the mini league phase.

After an away 1-1 draw last weekend in Niamey, holders Al Ahly wanted to avoid any kind of surprises at home. And they broke the deadlock after 9 minutes through Mohamed Sherif to his coach Pitso Mosimane’s relief.

Mohamed “Afsha” Magdy, who scored in both 2020 and 2021 finals added Al Ahly’s second after 17 minutes, but Issofou Hinsa gave USGN something to cheer ten minutes from the break, as the first half ended 2-1 in Red Devils’ favor.

Al Ahly returned with more determination to finish the mission, and added three goals in the span of ten minutes.

Afsha completed his brace after 58 minutes, before substitute Hussein El Shahat scored shortly after coming in to make it 4-1 at the 64th minute.

Mahmoud “Kahraba” Abdel Moneam capped his amazing night, scoring after 69 minutes, after producing three assists on the night. And in the last minute, substitute Hamdy Fathy put the cherry on Ahly’s cake as he made it 6-1.

Record ten time champions Al Ahly continue their title defending campaign at they are seeking an unprecedented third Champions League title in a row this season.

Moroccan giants Raja advanced to the group stage, after beating Liberian visitors LPRC Oilers 2-0 in Casablanca to qualify winning 4-0 on aggregate, having won with the same result last weekend in Rabat.

Raja settled matters within the first 26 minutes scoring twice to take a convincing lead they kept till fulltime.

Mahmoud Benhalib gave Raja the lead as early as the seventh minute, with Oussama Soukhane making it 2-0 after 26 minutes to see Confederation Cup holders The Green Eagles reaching the group stage they missed last season.