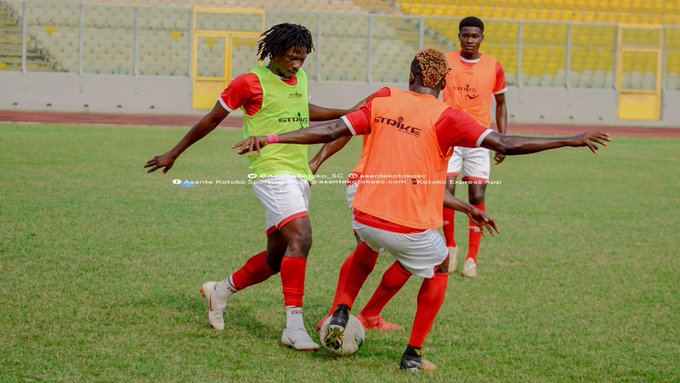 Ghana’s only representative in this year’s CAF Champions League, Kumasi Asante Kotoko will be looking to intensify preparations for their first-leg meeting with Etoile du Sahel in the coming weekend in the second round of the qualifiers to the group stage.

The Porcupine Warriors as they are called faces a daunting task against their counterparts from Tunisia in a double-header encounter which will be played in the space of two weeks.

With the first game expected to be played in the upcoming weekend, the Kumasi-based side will seek to wrap up preparations in the next five days to ensure they record a very good result on the match day.

They have managed to play one high profile game ahead of the tie against regional rivals Ashanti Gold in the BK Adusei Foundation Cup. They, unfortunately, lost 4-3 on penalties.

Their match with bitterest rivals Accra Hearts of Oak had to be canceled yesterday due to heavy downpour at the Baba Yara Sports Stadium which rendered the turf water-soaked.

Coach Kjetil Zachariassen and his lads will return to training at Adako Jachie today to try and put some finishing touches to the team before hosting Etoile du Sahel this weekend.

The side has been given a huge boost with the return of poster boy Sogne Yacouba who missed the team’s first-round tie against Nigeria side Kano Pillars.