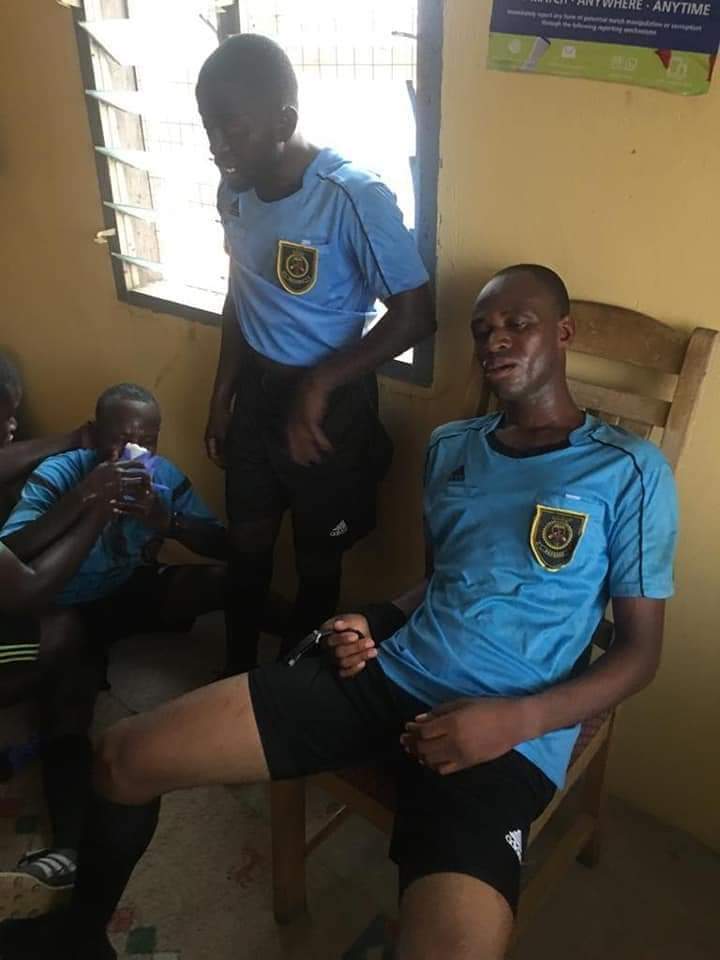 The Confederation of Africa Football (CAF) have condemned the beatings of some Ghanaian referees in the National Division One League.

Last weekend, referees were attacked in the Ghanaian lower-tier league during a match between Wamanafo Mighty Royals and Bofoakwa Tano FC at the Wamanafo Town Park in Zone One.

The attacks perpetrated by fans of the home team have since been condemned by many including the Ghana FA.

Having taken notice of the incident, CAF has stressed that the assaults are totally unacceptable in the game.

"The image and integrity of football in Africa is very important. Part of this is due to the total respect for match officials and the role they play in our football. It is important that match officials feel fully protected and are free to apply the FIFA Laws of the Game without fear or prejudice. Reports from Ghana where a match official was assaulted are totally unacceptable. This behavior has no place in our football and cannot be tolerated. CAF wishes the match officials a speedy recovery," a CAF statement signed by its General Secretary Veron Mosengo-Omba has said.

The continent football governing body while urging the GFA to treat the assault with all seriousness has assured that they will liaise to get to the bottom of the attacks.