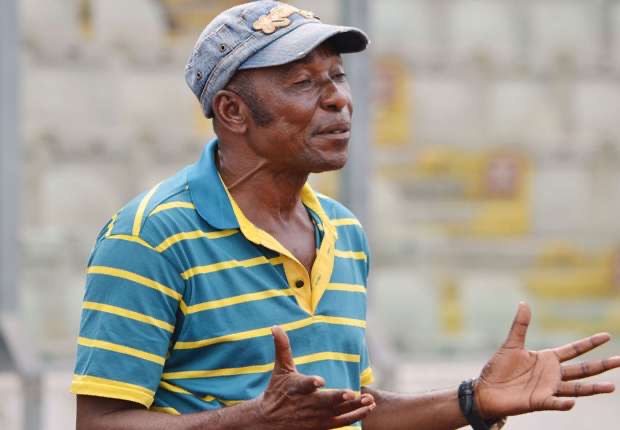 The Porcupine Warriors suffered a 2-1 loss to the Algerian giants in the first leg last Sunday at the Accra Sports stadium.

The Reds, who were dumped into the Confederation Cup as a consequence of their elimination from the Caf Champions League, now have it all to do in the return leg on February 21

"Self motivation is important in every sports discipline. The Kotoko coach should build on this principle to achieve results. If the desire to win at all cost is not there, the team cannot turn things around in Algeria," Coach Sarpong told Graphic Sports.

"On Sunday Kotoko played one of the most classic games in recent times, but could not convert the goal scoring opportunities. In Algeria, they should do everything to score an early goal to unsettle Setif, and if they succeed in doing so, Kotoko can find their rhythm to  win the match."

"For once, I will praise Kotoko for their resilience in playing one of their best ever games against ES Setif. But tactically, Setif were shades above Kotoko. They allowed Kotoko to play in the first half, making sure they did not concede and coming back to register the all important win.

He added, "Kotoko’s inability to score even a penalty awarded them place them in a very tight corner against Setif in Algeria."

"It is a daunting task, but if they can be sharper in attack, it might help them because goal-scoring has been the bane of the team until their recent game against Karela.

"Also, the midfielders need to have a strong mentality while doing the high pressing not to lose balls because all is not lost yet," he advised.