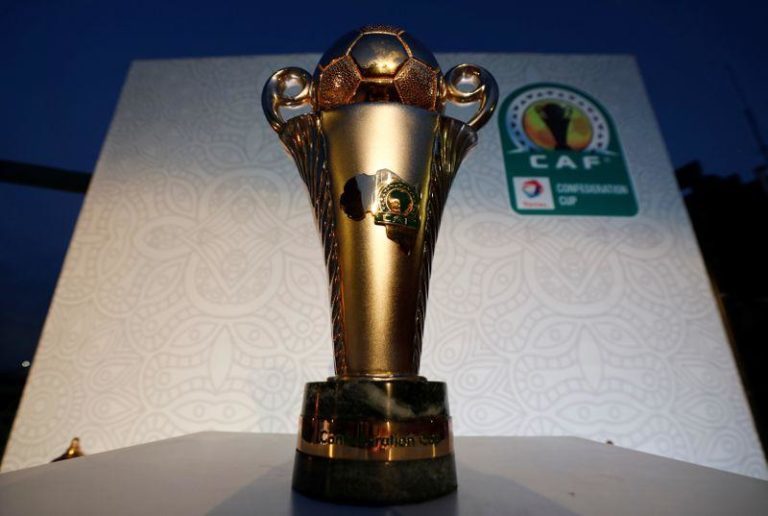 Egypt’s Pyramids and Al Masry both had goalless draws in East Africa, while Botswana’s Orapa United recorded a famous home win over seasonal campaigners Coton Sport of Cameroon. There was also a home victory for Zambia’s Red Arrows.

The Egyptians had their chance to grab an away win, but without finding the back of the net, while Azam tried to test Pyramids goalkeeper Sherif Ekramy in a couple of occasions but in vain.

Pyramids hosts the return leg in Cairo next weekend.

Orapa, who will just complete their tenth birthday next year, took the lead through Mabatshi Elias at the half hour mark and went to the break leading 1-0.

Two minutes after the break, Souaibou Marou equalized for Coton Sport, as the visitors looked on their way to a valuable away draw.

But Thabang Mosigi restored Orapa’s lead after 61 minutes, a lead the hosts kept to the final whistle, and will try to defend in Garoua next weekend.

James Chamanga scored after 38 minutes what proved to be the game’s lone goal in Lusaka, as Zambia’s Red Arrows emerged 1-0 victorious over Angola’s Primeiro de Agosto.

In Kampala, Egyptian side Al Masry held their hosts Uganda Revenue Authoruty to a goalless draw, hoping to find their way to the next round when they host the return leg in Alexandria next weekend.

Al Masry will blame themselves for not returning home with a win, as they wasted the game’s best chance. Amr Moussa shot from the spot rebounded from the post, as the Egyptians should have taken the lead after 18 minutes.

2020 champions RS Berkane of Morocco returned from Tunisia with a precious away 1-0 victory over US Ben Guerdane to pave their way to the next round.

Youssef El Fahli scored as early as the ninth minute in Monastir, as Berkane held to their advantage till the final whistle.

In Nouakchott, Algeria’s JS Saoura scored twice in the final five minutes to deny their Mauritanian hosts ASAC Concorde from what could have been a famous home victory.

Idrissa Thiam gave Concorde the lead from the spot after 9 minutes, and the hosts looked on their way to record victory as they held on to the lead till the 85th minute.

But Mohamed Daoud equalized for JS Saoura five minutes from time, and few seconds before the final whistle, Aimen Lahmri made it to 2-1 for the visitors who came from behind to record an away win.

Cyril Olisema scored from the spot three minutes from time to give Nigeria’s Enyimba a precious away 1-0 win over Senegal’s ASC Diambars in Thies.

The game looked in its way to barren stalemate, till two-time African champions Enyimba were awarded a penalty after 87 minutes, and Olisema kept his nerves to give The People’s Elephants the match-winner.

Algeria’s JS Kabylie returned from neighboring Morocco with a 1-0 victory over AS FAR in Rabat.

Ali Haroun shot was deflected by FAR defender Mohamed Moufid to give JS KAbylie the lead after 19 minutes. The visitors stood strong against the Moroccans’ numerous trials to find an equalizer to emerge victorious.

The return leg will take place in Tizi Ouzou next weekend.