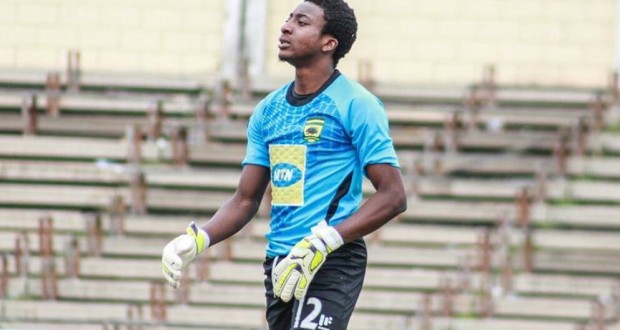 Asante Kotoko goalkeeper Felix Annan is confident the Porcupine Warriors will eliminate Cameroonian giants Coton Sport from the CAF Confederation Cup in the final play-off round.

The 24-year-old has revealed coach C.K Akunnor and his lads are determined to qualify to the group stages of CAF second-tier competition for the first time since 2008.

Annan believes hard work and good preparation will propel the Reds to a comfortable win over their Cameroonian counterpart in the two-legged fixture.

Kotoko were drawn against the Garoua-based club, who dropped from the Champions League in the final playoff round of 2018/19 CAF Confederation Cup campaign at last Friday.

“We are aiming very high in the competition. We know that the competition will get tougher as we progress. We don’t expect the second qualifying round games to be of the same quality as the playoffs.” Annan told the club's official website.

“We will prepare very well for Coton Sport because we knew already that the teams from the Champions League have high pedigrees than the one we met earlier."

"We knew from the very day we eliminated Kariobangi Sharks that we needed to keep improving so to overcome our opponent in the playoff.

"We are very much aware of where we are and what we need to do to survive the round.”

Kotoko will travel to Cameroon for the first leg on the weekend of 11th to 13th January before hosting Coton Sports in the second leg in Kumasi a week later.