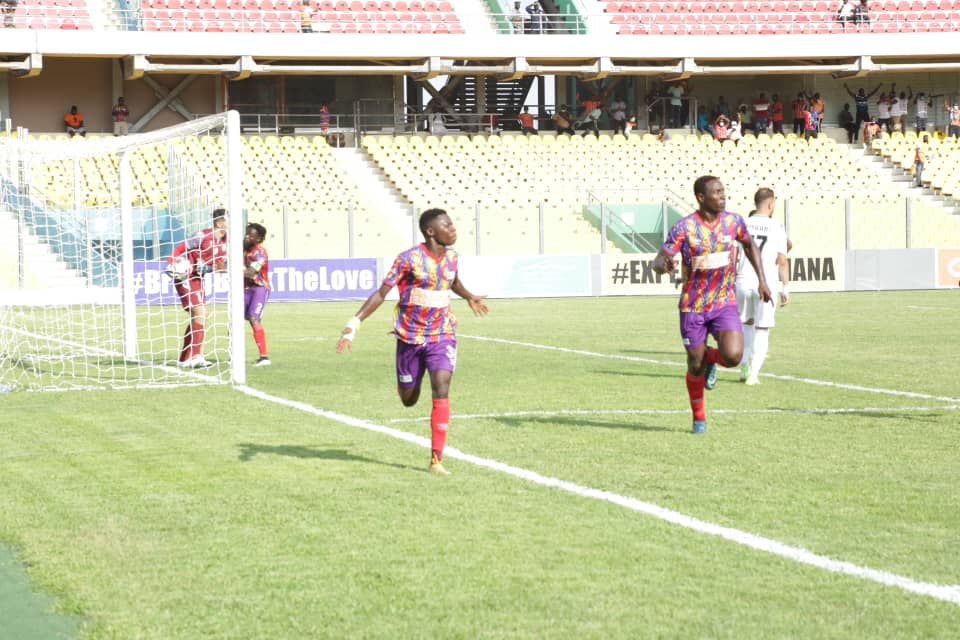 Hearts of Oak put up a strong performance to defeat SJ Saoura 2-0 on Sunday afternoon during the first leg contest of the tie in the playoff round of the CAF Confederations Cup.

The Phobians today hosted the side from Algeria at the Accra Sports Stadium keen on securing a win to bring back the confidence of the team.

Right from the start of the first half, Hearts of Oak made their intention for the game clear as they pushed men forward to try and get on the scoresheet as soon as possible.

Fortunately for the home team, they broke the deadlock after just 15 minutes into the game when Salifu Ibrahim powered home a header after getting on a cross from Daniel Afriyie Barnieh.

Although the team would create a number of oak scoring opportunities, they failed to score and went into the break with just a goal in it.

In the second half, the efforts of the game paid off when substitute Isaac Agyenim Boateng scored with a clinical finish in the 72nd minute to double the lead for the Phobians.

With today’s win, Hearts of Oak have a good advantage to take into the second leg of the tie scheduled to be played on December 5.