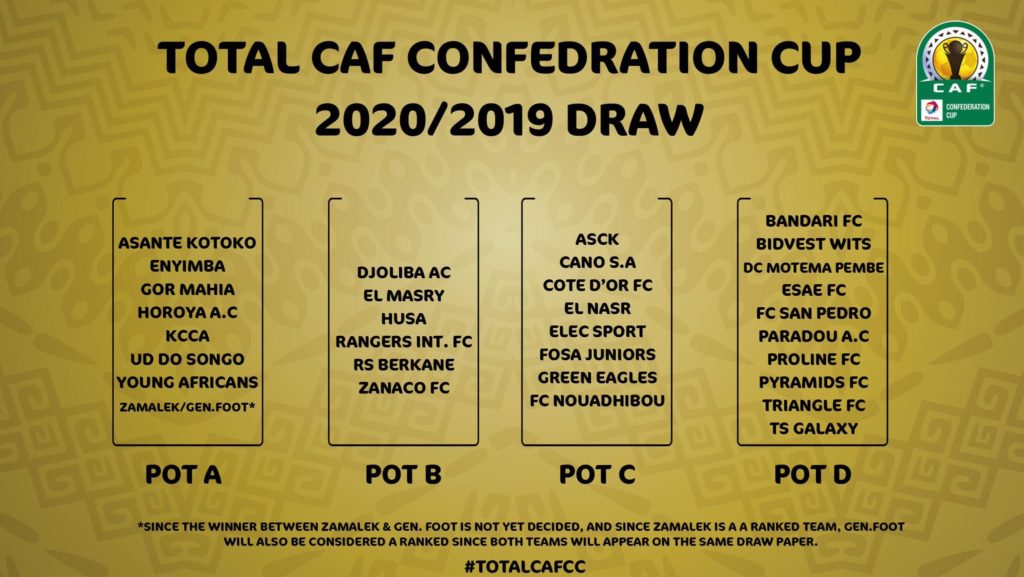 Kumasi Asante has been placed into Pot A ahead of the draw for the final play-off to the group stage of this year’s CAF Confederations Cup competition.

The draw for the round will come off later today at 17:00GMT with the Porcupine Warriors looking forward to knowing their opponent in their quest to secure qualification to the money zone of the second-tier inter-club competition.

Kotoko dropped from the Champions League after being beaten on aggregate by Tunisian giants Etoile du Sahel.

They will have a chance of keeping their quest for continental glory alive when they sail through the final play-off of the Confederations Cup.